The leading tech firm has developed an easy-to-use online cartoon character maker that takes a PNG or PSD file and converts it to a dynamic life-like character through its array of powerful features.

Hong Kong, China -- (ReleaseWire) -- 10/10/2021 --Cartoon characters are the essence of any animation project, from kids' poems on YouTube Kids to funny animated shows on TV and advertisements. The attractive appearance, expressive facial movements, and distinct features make them instantly recognizable and appealing to children and adults alike.

On the other hand, creating an interesting character can be surprisingly tricky, and this is an area where many projects fail. Not many people know how to make a cartoon character with a personality that sticks in the viewer's memory. Animators must have a creative mind and technical expertise to use software to create a truly great animated character.

Mango Animate CM can generate character from an image. It is used to turn static photos in PSD and PNG format into ready-to-use appealing characters in just a few clicks. The software allows people to quickly produce high-quality characters for educational content for students, run an animation campaign across social networks, or create YouTube videos that capture people's attention.

The software is introduced with an exceptional bone tool that helps users create a skeletal system of their characters, and by using a range of animation movements, they can bring the artwork to life. The online cartoon character maker offers a plethora of pre-made characters too for users who want a professionally designed character readily available for use.

The template-based characters included in the software are fully customizable, and changing their outlook is easy too. The software has a massive library of accessories like outfits, hats, glasses, and more so users can modify the entire appearance of their characters.

"With our online cartoon character maker, you get more than 30 characters in different forms, so you don't have to worry about creating one; just pick one, transform it according to your theme and content. Also, don't forget to add sound effects to the character's movements for a more stimulating effect," says Winston Zhang, CEO of Mango Animate. 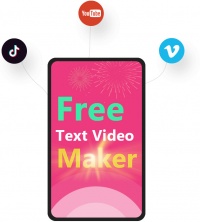