Dallas, TX -- (ReleaseWire) -- 09/24/2020 --Texas based alternative rock band Manintheraw has had a busy year. Celebrating the release of their debut single "Hallway Song," the announcement of their upcoming album "Comfort In The Consistency," topped off with the release of two additional records in "Home" and "Tomb."

In conjunction with their efforts to properly introduce their music to the world, Manintheraw has partnered with award winning record label services provider Forbes Music Entertainment. Since it's inception in 2015 Forbes Music Entertainment has specialized in the introduction and growth of emerging artists, bringing their marketing efforts to true realization, helping them gain market share in a crowded industry.

The marketing team has said their immediate goals are to revamp the band's social media strategy, help reduce the cost of marketing by going directly to the consumer, increase market share in the streaming market and generate a dependable release strategy to ramp up the growth of the band's catalog.

"Nothing is more important than gaining fans organically and ensuring that the band is consistent with what they present to them" says marketing director D'ron Forbes, "Their social media needs to let the fans into a part of their life that they don't get from the music and the music needs to be consistent enough to keep fans interested in their life."

Manintheraw makes the first band to partner Forbes Music Entertainment since the reggae fusion band ORieL & the Revoluters in 2014. Management for Manintheraw, Samuel Kay, who discovered the band, brokered the partnership between the two parties.

The band's official YouTube channel has now been launched and all three releases are available for streaming now. Listen to Hallway Song by Manintheraw below. Hallway Song now has over 160K streams on Spotify. 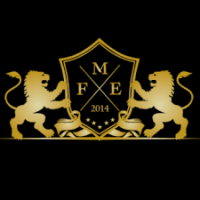 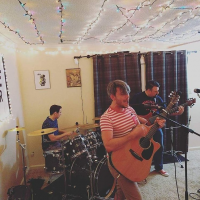