MANUEL ROS, a Businessman That's Worth 1 Billion USD in 2 Years

The inventor of a revolutionary financial system offered by REMAR that saw as explosion in the capital raising exponentially, in only 2015 coming up to collect a total of 2.5 Billion US Dollars from over 220,000 private and institutional investors, unexpected success that has turned a light on the talent of Manuel Ros.

London, UK -- (ReleaseWire) -- 07/11/2016 --A reality that differs from normality, unquestioned fast and unexpected success that has turned a light on the companies and talent of Manuel Ros, Italian businessman. Founder and owner of FINVEST HOLDING a large group of international companies and today known to be the inventor of a financial system turned into real investment products available with a high profit whilst maintaining safe capital and profit guaranteed. His proposal on the market has attracted the interest of large financial groups that have been involved in various partnerships and became part of the largest and most important financial and business environments.

A common financial professional remained in the shadows up until now, but with a hidden talent and also becoming known for his personal achievements as a businessman and not only by the success of his companies achieved through the promotion of his invention, but moreover for all the results made in just the last two years.

1 Billion USD is the net profit that reached its Private Holding at the end of 2015, Finsor Holding based in Switzerland and owner of a large group of subsidiaries that operates in various countries across the world. It is an unbelievable result if you think that Manuel Ros started promoting by himself and his financial products in 2013, has since gone on to launch non-stop companies and partnership in various countries one after the other that have allowed him to be present in various markets and sign important collaborations with banks, family offices and private investment funds in the dissemination and promotion of its financial product, defined by many financial operators, "the financial revolution because no competitor until today is able to guarantee capital and profit with real and irrevocable collateral for an high-income investment since the time of subscription."

The uniqueness of the financial investment solutions proposed by REMAR HOLDING with the Headquarters being based in London, the financial group of Manuel Ros has provoked the interest of thousands of investors who withdrew their funds and invested in various classic investment companies. Which offer low returns and they were not capital guaranteed and therefor they transfered to REMAR private fund to adhere to the product invented by Manuel Ros.

This public interest has changed the approach to financial investments attracted by REMAR, not only the various main speculators but also all those thousands of private people who have always been afraid of losing their money accumulated in the past. But the strategy implemented by Manuel Ros has had the most success when the companies competitors who have seen their customers withdraw the money and bring it to REMAR, this began to bring demand and direct collaborations with the group with the only intention of becoming real REMAR distributors of investment products in order to offer the same product to their remaining customers without losing more investors.

The success is based on the strategy that today the best investment groups in the market offer to their customers. The REMAR opportunities and consequently the companies themselves are now investing the funds raised from their respective clients into REMAR fund. Thanks to this revolution even the approach towards the hard issue of financial investments that everyone wants but only few can even approach, REMAR saw an explosion in the capital raising exponentially in just two years coming up to collect only in 2015 full amount of 2.5 Billion US dollars from over 220,000 private and institutional investors that generated profits from 5% to 40%, with a profit of over 1.6 Billion US dollars in two years, a result but especially an international success that hardly occurs in a common business mans life.

This rise in the financial market has led Manuel Ros to be contacted by major industry players from Wall Street to Japan passing through the main squares of the financial industry as the City of London where he started direct collaborations with the most obvious operators with whom he made close agreements with for the benefit of his group.

To continue the expansion of its projects, Manuel Ros invested part of such capital creating HOLMAR HOLDING, a private investment group for the creation and development of activities separate from the financial industry and REMAR group, he founded the private group to invest in various fields such as Real Estate, Luxury Services, Restaurants, Entertainment, Gambling, Fashion and more, a professional setup has been organized to satisfy the needs of people belonging to the category HNWIs.

About REMAR Holding
Till date Manuel Ros owns and manages a large corporate structure including REMAR HOLDING with 7 direct worldwide offices and 22 representative offices with various local partners. The strength of REMAR is the commercial network of over 16,000 agents worldwide and over 160 partnership agreements with the most exclusive private banks, family offices and private funds that allow REMAR to now be one of the best and most reliable private investment companies. REMAR has been recognized as a highly trustworthy organization with full satisfaction from all investors that have invested.

As the latest venture it seems that Manuel Ros wants to list REMAR Group on the London Stock Exchange but this news has not yet been confirmed but if that is the case, he will take part in a very small circle of people who have listed their own private companies on the stock market in a short period of time. 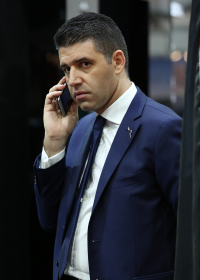