New York, NY -- (ReleaseWire) -- 07/15/2016 --A Senior Executive Officer of Marc Sporn Health Enterprises was quoted yesterday saying to a local newspaper outlet that Obamacare was an absolute waste of funds and is biased in its division of income amongst U.S citizens. The Executive who chose to stay anonymous also opened fire on the Affordable Care Act (ACA) that was signed into law to restructure the health care industry by Obama in 2010. "The idea was to provide all Americans with an equal opportunity for a better health care option, but in doing so, Obamacare divided the average American between options that were too far out of his financial reach with little benefit."

Although Obamacare has been getting a lot of media coverage lately, the main focal points of argument were how to maximize cost assistance. Obamacare subsidies are claimed to save your money on health care premiums and out of pocket expenses. These subsidies, however, are only available through Marketplace enrollment. These include Premium Tax Credits, Medicaid Expansion and Cost Sharing Reduction Subsidies. The main points blasted by Marc Sporn Health were relating to Employer Mandate, which leaves no choice for most companies to provide and pay for expensive government-determined health insurance for their employees or face heavy federal fines. "While this might work well with large corporations, it might be a major hurdle for smaller businesses that are trying to get off the ground." He went on to argue. This also affects the regular U.S. citizen because of the increasing health-care costs. As reported by the Kaiser Family Foundation: the average price of a family policy has risen by $2,200 during the Obama administration. That is a staggering statistic compared to the promise that affordable health care coverage will be available for the average American. And although some statistics show that 1 in 6 Americans secured a Marketplace plan of $100 or less in 2015, Marc Sporn's Senior Executive Officer remains skeptical of these figures and claims that it is on its way to a steep decline. Not to mention the increase in taxes that will affect the lives of many hardworking U.S citizens.

About Marc Sporn Health Enterprises
Marc Sporn Health Enterprises is a Health Care provider with over 4 decades of experience in health care systems. Their aim is having the best consumer interest at heart. Their dedication to excellence in service and their innovative solutions to healthcare have provided many Americans a chance for an affordable health care plan that is tailored to their specific needs without the extra financial burdens of many plans. Marc Sporn Health has also been an advocate of several affiliations that aim to stabilize and regulate the health care system in the United States. 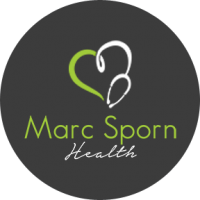