Teton Village, WY -- (ReleaseWire) -- 11/26/2014 --The Greenbelt Maryland City Council voted unanimously on November 24, 2014 to alert citizens about the fine print warnings and possible health risks of cell phones and wireless devices and to send the FCC Chairman a letter encouraging national action on this issue.

The Greenbelt Council recommended that the City make informational brochures available that 1. Highlight the fine print warnings of the cell phone manufacturer’s recommended separation between body and phone and 2. Encourage simple safety steps citizens can take when using their wireless devices to reduce radiation exposure.

The Council is sending a letter to Federal Communications Commission's Chairman Tom Wheeler urging the FCC to take steps to protect the public, “Recently the City Council received a petition regarding health and safety concerns related to radiation from cellphones and other wireless devices. Organizations such as the World Health Organization and the American Academy of Pediatrics have expressed concerns and potential links to cancer.

The concern is even greater for young children and women who are pregnant. In reviewing the literature from health advocacy groups, there are simple steps that can be taken to reduce exposure including keeping cell phones away from one's body, turning them off when not in use, utilizing hands free devices, etc. Cell phone manufacturers provide safety warnings in their manuals but this information is often located in the fine print of product literature.

In an effort to make these devices as safe as possible, the City encourages the Federal Communications Commission (FCC) to adopt radiation standards that will: protect human health and safety, reflect current use patterns, and provide meaningful consumer disclosure of warnings.”

Maryland Resident Theodora Scarato initially petitioned the Greenbelt City Council for a Proclamation on Wireless Radiation on October 27, 2014. Scarato read a letter from Traci Frantz whose 21 year old daughter Tiffany developed breast cancer after storing her cell phone in her bra for seven years. Traci Frantz urged the Council to take action so that people would become aware of the fine print advice currently in cell phone manuals. Tiffany Frantz is one of several young women with unusual tumors in their breasts that arose directly under the antennas of their cell phones. These case reports are documented in a 2013 Case Reports in Medicine publication where the authors conclude that “efforts should be made to encourage cellular phone users to follow the recommendations of mobile device manufacturers and to avoid skin contact.”

In the November 24, 2014 Council meeting, Ms. Scarato shared the story of Florida attorney and former U.S. Marine Corps Officer, Jimmy Gonzalez, who developed glioma, a malignant brain cancer, at age 34 after years of heavy cell phone use. Moreover, he also had an especially unusually tumor in his chest near the breast pocket where he stored his cell phone. His advocacy prompted the City of Pembroke Pines to issue a Resolution expressing the city's urgent concerns about the need to reduce exposures to cell phone radiation on November 20th, 2012.

EHT President, Dr. Devra Davis wrote the Greenbelt Council a letter in support of their actions stating that, “The right to know is fundamental to our democracy. In its role as protector and promoter of public health and safety, government provides information about ways to prevent bike and car accidents working in partnership with manufacturers to do so. In a similar way, governments can and should assure that citizens are fully informed about product safety information that instructs users to keep phones and other wireless transmitting devices at a distance away from the body to reduce exposures.”

The Council’s action comes on the heels of the November 18, 2014 groundbreaking Berkeley California Council 7-2 vote for a City ordinance whereby Berkeley becomes the first city in the nation to require cell phone retailers to provide an informational fact sheet to purchasers urging them to read the user manual to learn the cell phone’s minimum separation distance from the body.

In the same meeting, the Greenbelt Council also voted unanimously to oppose cell towers on school grounds. The Council described their longstanding opposition to towers in residential areas in the meeting taking a stand against the Cellular Telecommunications Industry Association who sent a letter to the Greenbelt Council in opposition to the Council’s proposed actions. S trong community opposition has developed since the Prince George’s County School Board signed a cell tower leasing agreement on 73 school sites

About Environmental Health Trust
Environmental Health Trust (EHT) educates individuals, health professionals and communities about controllable environmental health risks and policy changes needed to reduce those risks. Currently EHT is raising health concerns about wireless in schools, recommending safe hardwired internet connection installations and calling for a precautionary approach with children. A lead author of the Intergovernmental panel on climate change awarded the Nobel Peace Prize, EHT President and Founder, Dr. Devra Davis has authored a number of popular books, including National Book Award Finalist, When Smoke Ran Like Water, a National Book Award Finalist, The Secret History of the War on Cancer, and D isconnect - the truth about cell phone radiation, which was awarded the Nautilus silver medal award for investigative reporting. The foundation's website is the go-to place for clear, science-based information to prevent environmentally based disease and promote health, and will have portals for the general public, children and health professionals.

For more information or to get involved in the numerous special projects spearheaded by EHT, please visit http://www.ehtrust.org and find EHT on Facebook 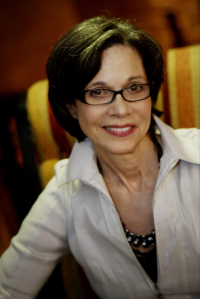