Bethesda, MD -- (ReleaseWire) -- 05/01/2015 --ProBoxing-Fans.com is excited to once again be bringing the best in live fight coverage to boxing fans across the world, with their presentation of live Mayweather vs. Pacquiao round by round results on May 2, 2015, the night of the biggest boxing event of the generation.

Floyd Mayweather and Manny Pacquiao have been waiting to face off against each other for five years. Finally, the two sides came to an agreement, and the two best fighters of their era will settle it all in the ring, in what will be the most lucrative fight in boxing history.

After years of speculation, all of the talk will come to an end. The drug testing, the accusations of ducking, the who would really beat who debate, all becomes invalid once the two fighters lace up the gloves and step through the ropes. Will the slick-boxing, defensive mastermind and anti-hero in Mayweather win the day? Or will it be the beloved Filipino icon, and his frenzied offensive fury?

At ProBoxing-Fans.com, the entire pay-per-view event will be covered from start to finish. That includes continuous updates and coverage of all of the undercard fights, as the anticipation continues to build up towards the main event. Keep track of where the event is, so nothing is missed or occurs unexpectedly. Simply reload the live Mayweather vs. Pacquiao results page for the latest update.

Then, expect detailed, full blow-by-blow analysis of the all of the action in the ring between "Money" Mayweather and "Pacman". Keep score with a round by round scorecard to see how the fighters are stacking up as the fight progresses, and experience all of the action with vivid detail commentary which is an excellent alternative to the $100 price tag to watch the fight on television.

On Twitter, @ProBoxingFans will also keep fans posted with the latest updates, fight scores, analysis and commentary. Fans are encouraged to interact and chime in with your own thoughts and feedback to keep the discussion going. They can also join the Boxing Heads community on Google+ to interact with thousands of fans from across the globe.

On fight night, find the live Mayweather vs. Pacquiao results and the best and most comprehensive round by round coverage at ProBoxing-Fans.com. Visit the website in the days and weeks following the mega-event for full post-fight coverage, analysis and aftermath.

About ProBoxing-Fans.com
ProBoxing-Fans.com was founded in 2009 and quickly become one of the most prominent online boxing news websites. They offer all-day news coverage and updates, with exclusive interviews, videos and photos, divisional and pound for pound rankings, coverage of both amateur boxing and women's boxing, columns, special features, and more. ProBoxing-Fans.com also specializes in live event coverage, including round by round results for all of the biggest fights, and high quality analysis from an international team of writers.

Visit them online at ProBoxing-Fans.com, or connect on Twitter, @ProBoxingFans 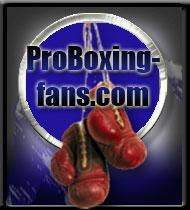