Cleveland, OH -- (ReleaseWire) -- 05/31/2012 --Michael D. Shroge, a prominent Ohio medical malpractice attorney and a partner in the Cleveland law firm of Plevin & Gallucci Company, L.P.A., received the prestigious 2012 Distinguished Service Award from the Ohio Association for Justice (OAJ) at the Association’s annual meeting held on May 4 in Columbus, Ohio.

Shroge has earned a reputation as one of the most knowledgeable and effective medical malpractice attorneys in the state. Prior to joining Plevin & Gallucci, he spent several years as a partner in a medical malpractice defense firm and as associate counsel for The Cleveland Clinic. Shroge was named a 2012 SuperLawyer® in Ohio by Super Lawyers, a rating service that recognizes outstanding attorneys from more than 70 practice areas who have attained a high degree of peer recognition and professional achievement.

With his extensive background and experience in medical malpractice law, Shroge volunteered to assist in OAJ’s lobbying efforts and spent many hours reaching out to legislators in the Ohio House and Senate to establish relationships and advocate for issues on OAJ’s behalf. He reviewed and analyzed medical malpractice legislation and provided testimony against the emergency room physician immunity bill before the Ohio Senate Judiciary Committee. Shroge is a member of the OAJ Legislative Committee and has also been appointed as OAJ’s liaison to the committee formed between the Cleveland Bar Association and the Cleveland Academy of Medicine to explore alternative ways of compensating injured patients, including the concept of medical malpractice courts.

“We are extremely pleased to present this Distinguished Service Award to Michael Shroge as a sign of our appreciation for his unwavering devotion of time and effort,” said Denise Houston, President of OAJ. “He has made many important contributions to our organization and to protecting the rights of injured individuals in Ohio.”

“Over the past few years, Mike has developed a reputation for providing his clients with some of the finest counsel in Ohio,” said Frank L. Gallucci III, managing partner of Plevin and Gallucci. “Now he has taken on the added responsibility of advocating on behalf of all victims of medical malpractice throughout Ohio.” 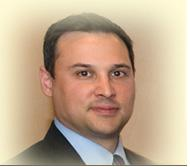