Meet My Alter Egoz Is a Fun, New Party Game for Adults That Satirizes Social Media

Louisville, KY -- (ReleaseWire) -- 07/03/2018 --Those who love party games can rejoice because the newest craze is about to hit the market. Meet My Alter Egoz is poised to become the next Cards Against Humanity. This game is designed strictly for adults as it contains overt references to sex, drugs and alcohol. This game is definitely not suitable for children.

To play the game, the first player starts as the Alter Ego. They receive a character card, which is displayed to everyone else but the Alter Ego. The person then tells a story about their imaginary character's background and what they are looking for in a partner. Because they are unable to see the image of their character, the stories can often be wildly inappropriate, making it quite hilarious for everyone else playing.

After the Alter Ego has told their story, the other players look at their hand of five character cards and choose the one that best matches the story. The Alter Ego then judges the best match, giving the winner a game token. The next player then becomes the Alter Ego. Once each player has played the Alter Ego three times, the player with the most tokens wins.

Up to six players can play in a three-round game, though the game can also be played with as few as three. A typical game will last about half an hour. There are more than 200 character cards in the game so players can feel free to replay as many times as they like. No two games will ever be exactly the same as players make up their own stories each time.

The creators of the game have already designed all of the characters and are ready to move forward with the production of the game. In order to achieve this goal, they have launched a crowdfunding campaign on Kickstarter with a funding goal of $50,000. At the time of this release, the campaign had already generated more than $400 and will continue to run until July 25.

Campaign backers can get a copy of the game for just $30. If they purchase a game through the Kickstarter campaign, they'll also have the opportunity to create their own character to be included in the game. The creators will choose the 20 best submissions to go in the game. They expect to deliver the finished product in January 2019. 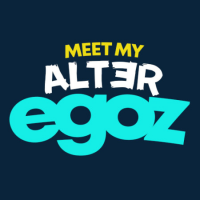