Oak Bluffs, MA -- (ReleaseWire) -- 07/15/2016 --The inaugural season of Broadway at The Performing Arts Center brings six of Broadway's leading ladies - and two of its leading men - to its new concert series on Martha's Vineyard this summer, produced by Mark Cortale. Debuting at the venue this month, Megan Hilty, breakout star of NBC TV's "Smash" and Broadway's "Wicked" and a Tony nominee for the recent Broadway production of "Noises Off", will perform on Saturday, July 16 at 8:00 PM, joined by Sirius XM Radio Star Seth Rudetsky as pianist and host. The hotly anticipated 2016 debut season will also include superstars Vanessa Williams on July 9, Kristin Chenoweth on August 14, Audra McDonald and Will Swenson on August 22, Megan Mullally and Nick Offerman on August 29, and Patti LuPone on September 2. The concert series will help raise funds for the Tyler Clementi Foundation. For tickets and information please visit http://www.vineyardbroadway.com/ or call 800 838-3006.

In addition to her breakout roles on NBC TV's "Smash" and "Sean Saves The World" (starring opposite Sean Hayes), Megan Hilty made her Broadway debut as Glinda in "Wicked" shortly after graduating from prestigious Carnegie Mellon University. She has also appeared on New York stages as Lorelei Lee in the Encores! production of "Gentlemen Prefer Blondes." For her critically acclaimed portrayal of Doralee Rhodes in Broadway's "9 to 5: The Musical" she received nominations for the Drama Desk, Outer Critics Circle, Drama League Awards. This spring, Hilty received critical acclaim for her role of Brooke Ashton in the Roundabout Theater Company's revival of "Noises Off." She earned nominations for a Tony Award, Drama Desk Award and Drama League Award and won a Broadway.com Audience Award for Favorite Featured Actress in a Play. On Television this year, she recurred on Bravo's dramedy "Girlfriend's Guide to Divorce" and the final season of CBS' "The Good Wife." This May, Hilty released a live album comprising of songs from her recent concert tour, entitled "Megan Hilty Live at the Café Carlyle." She also completed a residency at New York's Café Carlyle, where she previously performed the last two years. This summer, she will appear in Hulu's "Difficult People" and CBS' "BrainDead" and continue to tour abroad, making her Australian debut as part of the Adelaide Cabaret Festival. This November, she will be seen in "Rules Don't Apply," a feature film written, directed and produced by Warren Beatty. She will also complete production on the TV LAND pilot "The First Wives Club" alongside Alyson Hannigan.

Megan has previously performed with the National Symphony Orchestra at the Kennedy Center, the New York Philharmonic at Lincoln Center and with the Cincinnati Symphony. Her voice was featured as Rosetta in Disney's "Tinker Bell: Secret of the Wings" and also in Disney's "The Secret Life of Magic Gourd," "Phineas & Ferb," "Glenn Martin DDS," "American Dad," "Tinker Bell and the Pixie Hollow Games," "Robot & Monster" as well as singing as Snow White in the film "Shrek the Third," and in Summertime Entertainment's "Legends of Oz: Dorothy's Return" with Kelsey Grammer, Hugh Dancy and Lea Michele. She can also be heard alongside Placido Domingo on the opera star's duet album. In 2013 Megan released her debut solo album, "It Happens All The Time," which included fresh interpretations of compositions by contemporary songwriters and producers.

Seth Rudetsky, has hosted the Broadway Series in Provincetown for the previous five seasons, since its inception. He is the afternoon host on Sirius/XM Satellite Radio's On Broadway as well as the host of Seth Speaks on SiriusXM Stars. As a pianist, he has played piano for over a dozen Broadway shows including Ragtime, Les Miserables and Phantom of the Opera among many others. As a comic, Rudetsky was awarded "Funniest Gay Male in NY" at Stand-Up NY and is a three-time Emmy nominee as a writer for The Rosie O'Donnell Show. His newest book, The Rise and Fall of a Theater Geek was published by Random House and is available on Amazon.com. He co-wrote and starred the critically acclaimed new musical "Disaster!" this season on Broadway.

About The Broadway Series
The Art House in Provincetown, MA, under the leadership of Producing Artistic Director Mark Cortale, is the original home to the internationally acclaimed Broadway @ The Art House series hosted by Seth Rudetsky. In its fifth season last summer, the series presented Broadway superstars like Rosie O'Donnell, Neil Patrick Harris, Sarah Jessica Parker and Matthew Broderick, Audra McDonald, and Vanessa Williams. The Broadway @ series also premiered in 2013 in New Orleans, in Australia (Sydney & Melbourne) with Megan Mullally and in London's West End with Patti LuPone at the Leicester Square Theater. In 2014-15 in addition to Santa Monica, the series traveled to New Orleans @ The New Orleans Center for Creative Arts (NOCCA), Fort Lauderdale @ The Parker Playhouse, San Francisco @ The Nourse Theatre, Dallas @ The Dallas Theater Center, San Antonio @ The Woodlawn Theatre and Detroit @ The Berman Center for the Performing Arts. More information at markcortalepresents.com.

Broadway @ The Performing Arts Center is sponsored by Cape Air, The Harbor View Hotel, and Hy-Line Cruises
For tickets please visit www.vineyardbroadway.com or for information call 800-838-3006. 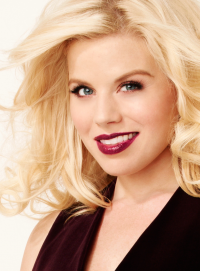