Membership in Pi Gamma Mu meets one of the requirements for entrance at the GS-7 level in numerous professional and technical occupations in the Federal service.

Winfield, KS -- (ReleaseWire) -- 07/20/2021 --When Chera P. applied for membership in Presentation College's South Dakota Zeta Chapter of Pi Gamma Mu International Honor Society in Social Sciences, she felt that her academic success not only reflected her determination as a student but also for her career aspirations. Chera, who is an enrolled member of the Standing Rock Sioux Tribe, commented that she wanted "not only her advisors but future employers to know that I gave it all I had to make good grades." Of course, the recognition of being inducted into Pi Gamma Mu meant that she would also be able to wear the honor cords and stole, but then the pandemic hit, and her graduation became a remote virtual affair. Still, there was the satisfaction of being recognized for her academic success in the variety of social science courses she took on her way to earning her baccalaureate degree in nursing.

The invitation to join Pi Gamma Mu stated that "Pi Gamma Mu has been certified by the Association of College Honor Societies (ACHS) since 1953. In fact, the US Government's Office of Personnel Management (OPM) offers incoming federal employees a two-level pay grade increase for 'Superior Academic Achievement,' which can be obtained through membership in ACHS-certified honor societies such as Pi Gamma Mu." Little did she realize how important her lifetime membership would mean for her career. During her job interview, the recruiter who reviewed her credentials brought her Pi Gamma Mu membership to her attention.

Since graduating with her Bachelor of Science in Nursing in August 2020, Chera has been hired by the Indian Health Service, and she learned that, instead of beginning at a GS-5 category, she received a GS-7. Elated, Chera emailed Dr. Brad Tennant, the South Dakota Zeta Chapter faculty sponsor, and said, "Thank you for encouraging us to be part of the [Pi Gamma Mu] Honor Society!" Chera's advice to all students is to stay strong and do not give up. When she reflects on her induction into the South Dakota Zeta Chapter, she said that it was definitely worth it and now realizes the significance of Pi Gamma Mu being ACHS-certified.

Tennant commented that "Being ACHS-certified is a mark of distinction over other groups who simply want dues without any true benefits. In addition to lifetime membership and access to newsletters and the International Social Science Review journal, Pi Gamma Mu has been a recognized ACHS-certified honor society for almost seventy years providing those who gain employment with the federal government the benefit of a GS-7 pay grade. The fact that the interviewer noticed Chera's Pi Gamma Mu membership proved to be an important benefit for her as she began her career." 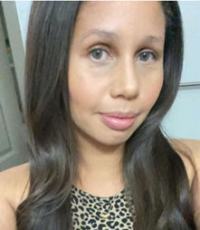 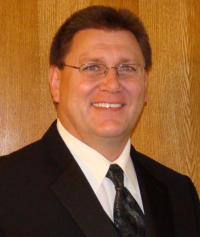