"Kickstarting" Memory as a Sport with Memory Tournament Clubs

Buffalo, NY -- (ReleaseWire) -- 09/15/2014 --“Forgetting” to do homework will no longer be an excuse for members of this new after-school club. Dave Farrow, Guinness Record Holder for Greatest memory, announced today the launch of a Kickstarter campaign to fund “Memory Tournament Clubs,” an after-school program for students to learn memory techniques and study skills. This new club turns brain training into a sport as students learn Farrow’s research-based memory method and go head-to-head in friendly competition.

Although anyone can start a memory club by registering online at http://www.memorytournament.com/register, Farrow is raising funds through Kickstarter to produce and send Memory Tournament Club starter-kits and materials to donors, their school of choice and to Buffalo public schools. The kits contain everything needed to start and run a club including a 4 disc Memory Club Meeting DVD with the first 12 memory club meetings pre-planned and materials to practice and compete.

Farrow’s initiative to get memory tournament clubs into schools is fueled by his own learning disability. The Guinness Record Holder was diagnosed with ADHD and dyslexia as a child and developed a method for memorizing to help him do better in school. This system is now backed by a double-blind neuroscience study at McGill University and Farrow is on a mission to help struggling learners succeed through the use of memory techniques.

“I am very excited about launching this Kickstarter campaign because I know memory tournament clubs will make a difference in the lives of students, teachers and parents. Students initially join the club because of the cool memory tricks they learn like memorizing a deck of cards but then they stay when they see their test scores rise.” says Farrow, who has successfully started eight memory tournament clubs around the world.

To learn more about Memory Tournament Clubs or to donate to the Kickstarter campaign visit:
https://www.kickstarter.com/projects/1525755496/memory-tournaments

About Dave Farrow
Dave Farrow earned the Guinness World record for memory by recalling the exact order of 59 decks of shuffled playing cards. He created 'The Farrow Method' to help combat his severe dyslexia and ADHD and this is now a certifiable memory system backed by a double-blind neuroscience study at McGill University. Dave has been featured guest on Steve Harvey, The Today Show, Discovery Channel and many others. 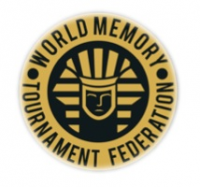