London, UK -- (ReleaseWire) -- 05/31/2016 --A leading Alcohol reduction expert as seen on TV who helps people to reduce their alcohol intake with her seven day program, has said men need to be more educated in how excessive alcohol can damage their health. Georgia Foster (http://www.georgiafoster.com/7-days-to-drink-less/), would like more awareness campaigns aimed at men to help them understand the dangers involved in drinking more than the government guidelines.

The leading Alcohol reduction expert who helps people all over the world to drink less alcohol has launched an online program to help people achieve their aims of reducing their alcohol intake. The 7 Days To Drink Less program has achieved world-wide recognition for the positive results it has achieved, and now Georgia Foster is allowing people to try the program for free for one day.

Excessive drinking is a commonly accepted occurrence across the United Kingdom and the world. Drinking is a key part of social activity that is sometimes taken beyond healthy and safe levels. The United Kingdom-based charity, Alcohol Concern, highlights the following statistics from a national General Lifestyle Survey covering all of Great Britain.

Symptoms of alcoholism include:

- Having cravings or a strong need or urge to drink
- Loss of control being unable to stop drinking once started
- Physical dependence exhibited by withdrawal symptoms such as nausea, sweating, shakiness and anxiety once stopped drinking
- Increasing tolerance to alcohol and needing to drink more to feel the effects

Men who drink regularly and are not in the state of health and wellness they want to be should assess their drinking habits and evaluate their situation. If they are unable to do this by themselves, they should visit their doctor to discuss their concerns and create a health and wellness plan. For men who are afflicted by alcoholism or have problems with alcohol abuse there are many treatment resources available that their doctor might recommend.

The seven days to drink less alcohol is gained world-wide media attention and comes with a 60-day money back guarantee.

- Over 14 hours of life-changing material, to listen to when suits, throughout seven unforgettable days.
- Fully downloadable audio you can listen to anywhere.
- A healthier, happier you, that sleeps better and drinks significantly less.
- Save money on unwanted alcohol and expensive therapy.
- A fully private, safe and supportive service.
- Risk-free purchase, with our 60 day 100% Money Back Guarantee.
- Improve your family life
- Bonus included
- Lifetime Access, full access to the program for as long as you need.

About Georgia Foster
Georgia Foster's revolutionary hypnotherapy has changed tens of thousands of lives all over the world. Her easy to follow, amazing strategies are specifically designed to shift your thinking and replace old habits with powerful, positive new ones. 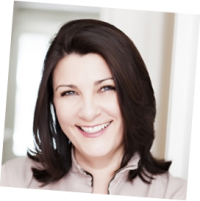