Their teens died of Meningitis B, but a new vaccine has united them in a mission to save others.

West Bloomfield, MI -- (ReleaseWire) -- 11/29/2016 --Each of these four 'MenB Strong Moms' lost a healthy teen child to a horrifying disease known as group B meningococcal disease (MenB). At the time, the disease couldn't be prevented. Today, thanks to a new vaccine, it can. But many of the kids who should be getting the vaccine still don't know it exists. This is why they produced the Meningitis B Shatters Dreams PSA. They hope to educate young adults and their parents about the availability of the MenB vaccine and encourage vaccination when kids are home over the holidays.

Most kids receive a meningococcal vaccine known as MenACWY, but it does not prevent MenB which accounts for half of all meningococcal cases in the U.S. among 17-23 year olds. It has also been responsible for several outbreaks on college campuses in the past few years.

Although it has been over a year since the CDC announced a recommendation for 16-23 year olds to receive the MenB vaccine, many doctors are still not mentioning it to their patients, and most parents and young adults don't realize the vaccine exists.

"We all had our kids vaccinated and thought they were protected." explains Patti Wukovits, RN and Di-rector of The Kimberly Coffey Foundation, as she clutches a photo of her daughter. "What we didn't know was that the vaccine they received didn't protect them from one of the most common types of meningococcal disease, the one that would kill them - group B. I'm a registered nurse, and I didn't know. Now I've learned that most other medical professionals don't know either."

Patti adds, "I couldn't protect my daughter. But now a vaccine exists and kids are still not protected. It scares me to think that kids are getting the MenACWY vaccine, but don't know they need a separate MenB vaccine too. Their parents think they're fully protected, but they're not. How will they feel when their child is the next victim? We believe it is our responsibility to warn them. That is what our kids would want us to do."

"Our kids have brought us together and their message is loud and clear in this PSA." says Alicia. "We don't want parents to have to bury their children like we have, and we want kids to take it upon them-selves to get protected and ask for the MenB vaccine." adds Alicia Stillman.

The Meningitis B Shatters Dreams PSA has been created by a special partnership between The Kimberly Coffey Foundation and The Emily Stillman Foundation and is available at https://www.youtube.com/watch?v=UyPxUVzpelw.

-1 in 10 teens and young adults who develop meningococcal disease will die from it, sometimes within 24 hours.

-Typical teen behaviors, such as living in close quarters, hanging out in large groups, sharing drinks or utensils, and kissing, all increase the risk of meningococcal disease.

-About 1 out of 10 people have the bacterium that causes meningococcal disease in the back of their nose and throat with no signs or symptoms of disease.

These are the stories of the children of the 'MenB Strong Moms':

Emily Stillman (19) was a sophomore at Kalamazoo College in Michigan, working towards a double major in Psychology and Theatre. Her dream was to be on Saturday Night Live. One night, Emily called home complaining of a headache. It got so bad she went to the hospital, where they treated it as a migraine. By the next morning she was in a coma. Within 30 hours she was brain dead.

Kimberly Coffey (17) was a high school senior from Long Island, New York who was already en-rolled in college with a plan to fulfill her dream of becoming a pediatric nurse. One afternoon Kim complained of fever and body aches. Within hours she developed a purplish blotchy rash all over her body. She was rushed to the hospital, but her heart, kidneys and lungs were already failing and she went into cardiac arrest. She was declared brain dead nine days later and was buried in her prom dress two days before her high school graduation.

Emily Benatar (19) was a freshman at Washington University in St. Louis, who excelled in school and had a passion for art. One afternoon she called home to say she had pain in her sternum and was vomiting. A friend took her to the ER but they released her, telling her to take Tylenol and drink Gatorade. The next day she went to the Student Health Center with a hive-like rash, but not the purplish rash commonly associated with meningococcal disease. They sent her back to her dorm. That evening, within 24 hours of her initial trip to the ER, she became numb and then unresponsive. After twenty-one days in the ICU, she died.

Henry Mackaman (21) was a junior at UW Madison, majoring in Economics and Creative Writing. His band,Phantom Vibration,had a song on local radio stations, and he wrote a prize winning play that was performed at the Student Union. He had dreamed of writing a great American novel. One night Henry went to the ER because he felt sick and had a fever of 104 degrees. They sent him home. The next night he returned with slurred speech and numbness on his right side. Six hours later he had a seizure and never regained consciousness. Two days later he was declared brain dead. 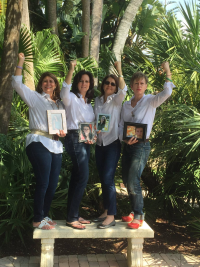 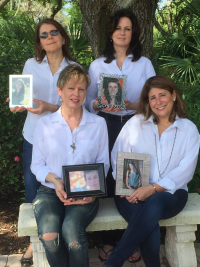