Meru Matu to Take off With New Supership Album

Beverly Hills, CA -- (ReleaseWire) --12/12/2011 --Nominated as Best Pop Artist, Best Solo Artist, and Best Singer/Songwriter of the year by the All Indie Music Awards to be held in Hollywood on February 10, 2012, Meru Matu is set to take off with her new “Supership” album and rocket straight to the top of the charts.

Former concert promoter, Rick Rantz, signed Matu earlier this year to launch his new AlienHaus Music Group and “Supership” is set to break the sound barrier for most number one hits on a single album. The record is currently held by Michael Jackson and Katy Perry at five each.

As summarized by Rantz, “It’s rare when a label is able to secure the multiple talents of such an amazing artist and engineer. Every song on “Supership” is hit and radio worthy.”

Originally trained as a sound engineer, Matu was actively involved in the artistic and creative direction of “Supership.” She wrote all songs on the album, with the exception of “Rocket To The Moon” that was co-written with featured artist, K-Quick.

All “Supership” songs were recorded and edited by Matu. They were mixed by Chris Trevett, former staff producer at Jive Records. Trevett has two Grammy Awards and 13 nominations to his credit. He was anxious to accept the project after hearing the unique passion and style that Matu brings to the forefront of her work.

“Supership” was mastered by Reuben Cohen of Lurssen Mastering in Los Angeles. Cohen has mastered many hits, including “Billionaire” by Travis McCoy featuring Bruno Mars and “Girls On The Dance Floor” and “Like A G6” by Far East Movement. In addition to a 2011 Grammy nomination for “Nothin' On You” by B.o.B. featuring Bruno Mars, Cohen received a Latin Grammy Award in 2010 for Diego Torres’ album “Distinto.”

Matu is counting on the support of radio stations and fans across the nation to help achieve a Grammy award herself. If this happens, she will surely have earned the ride to stardom on her “Supership.”

“Supership” is scheduled to be released by AlienHaus Records on January 10, 2012. The first single from the album, "Turn My Pages," was released to limited markets on December 1, 2011. More information about Meru Matu and her “Supership” album can be located at http://www.alienhaus.com/merumatu. 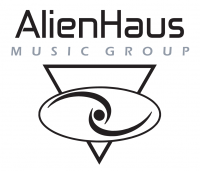