Collector, animator, and designer, Francisco Escobar asks for help with the Mexico City Lego Project in hopes to change how kids erect cities with a new official Lego set.

Mexico City, Mexico -- (ReleaseWire) -- 12/01/2017 --The cities of New York, Berlin or Venice in Lego can be found on stores shelves, but there is no Latin American city to be found. This could change if the Mexico City Lego Project reaches 10,000 votes in Lego Ideas. The project has almost 50% votes now and if it is approved as an official Lego, anyone could have the set at home.

Lego Mexico City was built by Francisco Escobar, animator and designer, who proclaims himself "in love with Mexico and Lego, that would like other people to know and fall in love with Mexico too." He also hopes that "the project can help Mexico reach beyond its borders and opens a space for Latin culture in toys like Lego." Francisco has other personal projects related to Lego that he hopes to develop later. For now, the creation has been shared in media such as television, newspapers, magazines, exhibitions and was even presented before representatives of the Mexican government.

Escobar's model is in Lego Architecture style with five of the most iconic structures of the Mexican capital: the Angel of Independence, the Zócalo + National Palace, the Palace of Fine Arts and the Latin American Tower. Each structure also represents an important historical event and period in Mexican life.

Since January, Mexico City is on the platform of LEGO Ideas, where projects are opting to reach all the votes needed and then be reviewed by Lego once they reach that goal. Some sets that have succeeded already are the Women of NASA, The Bing Bang Theory, and others. Lego Mexico City currently has almost 50% of the votes, but limited time.

Fortunately, anyone can vote now to help it become real, at https://ideas.lego.com/projects/167108. Every vote is important.

The voting requires a registration and then clicking the blue "Support" button of the project like shown in this video with the process: https://www.youtube.com/watch?v=l7AOH3NX5h8&t=4s.

About Mexico City Lego Project
Lego Mexico City is an initiative in Lego Ideas to have the first Latin American city in Lego: Mexico City. If the project reaches 10,000 votes and is approved, anyone could get a small Mexico City in Lego Architecture style.

Anyone can vote at https://ideas.lego.com/projects/167108 to help make Lego Mexico City real. 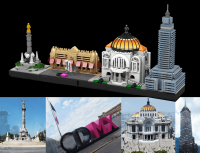 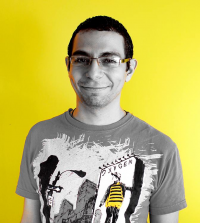 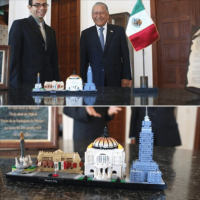