Mt. Clemens, MI -- (ReleaseWire) -- 12/14/2016 --The family of a young mother who was killed in a tragic auto accident in 2014 has settled their lawsuit against the other driver for $1 million. David Femminineo, personal injury attorney at Femminineo Associates, and one of the most respected attorneys in Macomb County Michigan, represented the family.

The settlement stemmed from the death of a young mother of two children under the age of ten, who was killed in an intersectional auto accident in western Wayne County, Michigan. During the original investigation, it was determined that woman had disregarded the red light causing the accident. Her family did not believe this was the case and contacted attorney David Femminineo for help.

Femminineo ordered a police report and obtained video from the scene that captured the accident. However, the color of the lights could not be clearly identified in the video. Femminineo brought in forensic traffic engineers and ordered light timing permits. After thoroughly analyzing the video, they found that the other driver had clearly driven through a red light at an extreme rate of speed causing the horrific accident.

Femminineo provided the information to the defendant, who then admitted he was at fault for causing the accident, and immediately offered the full amount of the insurance policy limit of $1 million to the victim's family.

About David C. Femminineo
David C. Femminineo is a Michigan personal injury attorney who specializes in helping victims who have been hurt or injured in motor vehicle and truck accidents. David C. Femminineo has more than 20 years of experience and has helped hundreds of victims collect benefits owed to them from insurance companies. David Femminineo earned his law degree from Detroit College of Law. He is a member of the Michigan Trial Lawyers Association and the Italian American Bar Association. He is a former defense attorney for AAA Insurance and has only represented victims injured in motor vehicle accidents since 1999. In 2014, he garnered the highest reported settlement in Michigan of $11.5 million for a plaintiff who sustained a traumatic brain injury in an auto accident. 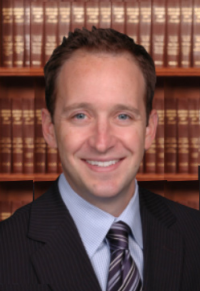