The harsh reality is nearly anyone armed with a baseball bat can take a life. This is why the NYPD trains all police officers to respond with lethal force when facing this threat. With the recent indictment of NYPD Sgt. Hugh Barry despite him acting “Within Dep't Guidelines” pro-law enforcement clothing line Midnight Platoon has announced the launch of a thought-provoking design to help the Sergeant in his time of need.

Bronx, NY -- (ReleaseWire) -- 06/22/2017 --There are few jobs where a person is placed in the face of danger or forced to make quick decisions regarding life and death as often as that of an NYPD officer. Pro-law enforcement clothing line Midnight Platoon has recently announced they are stepping up to help NYPD Sgt. Hugh Barry, with the launch of fund and awareness raising design entitled, "Within Dep't Guidelines". Sgt. Barry has been indicted despite using lethal force against an aggressive person armed with a baseball bat, something which is defined in the NYS Penal Law as a dangerous weapon. Barry used his firearm to defend himself as he believed he was going to suffer a serious physical injury or even death. The Penal Law does not address the mental condition of the person wielding the dangerous instrument. Danner was gripping a pair of scissors tightly when Barry first encountered her but opted not to use his firearm in an attempt to de-escalate the situation which became more volatile when Danner picked up a bat and swung it. A Taser, based on the force continuum, would not have been a feasible option because it is less than lethal and has less success when a subject's front is exposed.

"According to training received at the NYPD Police Academy and also at the NYPD firing range, utilizing the 5 man position target used to identify lethal threats, discharging your service weapon to eliminate the threat of a person armed with a baseball bat is a justifiable use of deadly physical force," commented injured in the line of duty and retired NYPD narcotics Detective Andrew Liakos, Founder of Midnight Platoon. "We were all trained to shoot at targets displaying a person armed with a baseball bat. Immediately after Barry's shooting, those targets were removed from all department ranges. That was the basis for the design concept 'Within Department Guidelines'. We will never forget our training and of course range target #2, a man wielding a baseball bat that could kill us."

According to Midnight Platoon, research has shown that it only takes 73 Newtons of force, or 16lbs of pressure to fracture a human skull at a one-inch point of impact, something reasonably achieved by anyone armed with a baseball bat – from a child to an elderly adult. The fact that Danner was armed is not under dispute by anyone – and only the Bronx District Attorney seems interested in prosecuting an officer for doing his job within reason. The decision to launch the "Within Dep't Guidelines" where 50% of the proceeds will be donated to the GoFundMe campaign set up for the Sergeant by the NYPD SBA was an easy one.

For more information or to order a t-shirt and support a front line NYPD supervisor be sure to visit www.midnightplatoon.com. 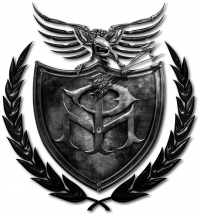