New York, NY -- (ReleaseWire) -- 01/02/2015 --After the merciless slaying in downtown Brooklyn of NYC officers Rafael Ramos and Wenjian Liu a country stands bewildered. Bewildered that lives dedicated to justice can be ended at the whim of hatred shot out of the barrel of a gun. Doing their utmost to turn the tide, a company founded by police officer Andrew Liakos named Midnight Platoon Clothing takes matters into their own hands. Permeating a generation with with "justice infused apparel" the company most recently pays homage to officers Ramos and Liu with their 'Police Lives Matter' tee-shirt.

Designed to pay tribute the slain officers of the New York Police Department's 84th precinct, a portion of each sale of the hand-drawn tee-shirt will be donated. Donations will directly benefit the slain officer's families via the NYPD Widow's and Children's Fund. That, coupled with the shirt's dramatic design, has the Thin Blue Line Between Order and Chaos Tribute Tee-Shirt selling briskly in its preorder stages. Made with super soft fabric and high-quality metallic inks the back of the shirt brazenly states, "Hoped for Peace" "Prepared for War" with the officer's names highlighted. The front of the shirt shows a blue line made of small cells that represent each enforcer that supports the 'blue family' of officers nationwide. The line divides the words "Order" and "Chaos" "Police Lives Matter".

Andrew Liakos, a former NYPD Detective and founder and creative director of Midnight Platoon Clothing said of his newest design, "Basically we're at a point where police officers throughout the country need to stick together. This shirt is going to be an amazing tribute that all officers will be proud to wear. The response is tremendous. We've sold so many in the first couple days of the preorder stage. We couldn't be happier with the amazing outpouring of devotion."

Information:
The Thin Blue Line Tribute Tee-Shirt will be available for shipment on
January 9, 2015. The shirt retails for $25. 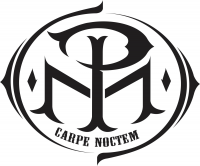 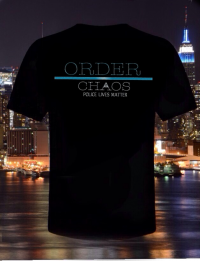 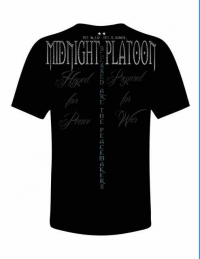 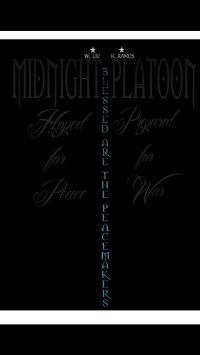