"Mike is perfect for this role. His creativity, passion, and experience make this a natural next step, as we continue to build upon our strategy and success," stated OKTV Network founder, Xavier "X" Mitchell.

Markwell is a 20-year seasoned veteran of the radio and television industry with stints at Blue Chip Radio and Clear Channel, a founder and sales manager of Louisville's first hip hop radio station Hot 104 and program director and sales manager for WYCS TV, a minority owned television station in Louisville Kentucky with an emphasis on Urban and Latino American programming.

While at WYCS TV, Michael formed Markwell Media Productions and produced original content for WYCS TV. Shows included the long running kids program, What's Up Spike hosted by internationally known comedian Spike Davis as well as Got Musica, Noche De Salsa, Got Musica Plus, Estelle's Paradise and Studio Mix which he then began to syndicate and distribute these programs domestically and internationally.

Michael has distributed over 60 titles domestically and internationally on many platforms and was a pioneer in providing content for wireless devices. The titles included Latin Eyes, Caribbean Escapes, Pacific Fusion, Rolling Art, Black Life in Japan, Money TV, Insider Exclusive, Girls of Stare just to name a few, while continuing to acquire new content for distribution and consult producers. He has also launched 4 different networks. In addition, Michael has acted as agent for several celebrities and served as a consultant for several e- commerce marketing ventures and direct response marketing companies.

Prior to his career in radio and television, Michael had a 10-year career in the horse racing industry as marketing director, and special events director and group sales for Churchill Downs, Pompano Harness Track and Tampa Bay Downs. He developed the first interactive computer system for racing facilities called InfoVision, worked with ABC Television for several Kentucky Derby telecasts and secured a one million dollar sponsorship for the Breeders Crown.

About OKTV!
OKTV (Opportunity Knocks) is a broadcast entertainment network offering 24/7, 365 days a year programming. Viewers are able to enjoy original programming, TV series, documentaries and feature films across a wide variety of genres. The network can be watched from viewers as much as they want, anytime, anywhere, on any Internet-connected screen TV or mobile device. The network debuted in March, 2018 and is available in the U.S. on DirectTV, and also accessible via Roku, Amazon Fire, and Rabbit TV. OKTV also streams live on its Facebook page and via Phillips and Samsung Smart TVs, as well as on the app tvtogo.

Legal Notice Regarding Forward-Looking Statements:
This press release contains forward-looking information within the meaning of section 27A of the Securities Act of 1933 and section 21E of the Securities Exchange Act of 1934 and is subject to the safe harbor created by those sections. This material contains statements about expected future events and/or financial results that are forward-looking in nature and subject to risks and uncertainties. That includes the possibility that the business outlined in this press release cannot be concluded for some reason. That could be as a result of technical, installation, permitting or other problems that were not anticipated. Such forward-looking statements by definition involve risks, uncertainties and other factors, which may cause the actual results, performance or achievements of Purespectrum Inc. to be materially different from the statements made herein. Except for any obligation under the U.S. federal securities laws, Purespectrum Inc. undertakes no obligation to publicly update any forward-looking statement as a result of new information, future events or otherwise. 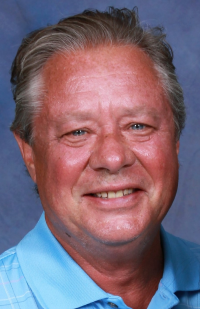