Onorato joined Smith Publicity in 2016. He has worked in the publishing and publicity industry for more than seventeen years, including twelve years with Wiley, where he was Associate Director of Publicity and worked with numerous bestselling authors.

"In 2016 we imitated a plan to take our excellent book publicity services to an even higher level," says Smith Publicity CEO Dan Smith. "Bringing Mike onboard was central to this, and his personality and exemplary communications and leadership skills were instrumental in us achieving our goals."

"Since I started in the publicity field, I knew about Smith Publicity, and their reputation for outstanding performance was well known," says Onorato. "I worked with Smith while I was at Wiley, and their professionalism and dedication to client service was always clear."

"To have become part of this organization was an honor," adds Onorato, "and leading such an incredible team f publicists has been the most rewarding time of my career."

About Smith Publicity
Since 1997, Smith Publicity has promoted over 3,500 and stands as the most prolific book marketing agency in the industry. Focusing on media coverage and social media, the firm works with both self-published and traditionally published authors as well as publishers. An "equal opportunity" book marketing agency, Smith Publicity has led campaigns servicing clients ranging from first-time, independent authors to bestselling books by major publishing housing. 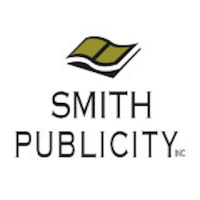