To celebrate this exciting collaboration, the reigning Miss Supranational 2017, Jenny Kim from Korea, will make her market debut with an appearance at MIPTV 2018 held in Cannes, France on 9th – 12th April 2018.

MipTV is one of the world's foremost TV and digital content markets, where every year over 11,000 Television and Content Buyers, Broadcasters, Distributors and Producers from over 100 countries gather in the Palais des Festivals, Cannes, France.

Miss Supranational is the world's fastest growing televised pageant show. It has officially been awarded the status as one of the biggest pageants shows in the world as a GRAND SLAM pageant and a member of the BIG 5 pageants.

About MISS SUPRANATIONAL
The pageant is internationally regarded as forward thinking, cutting edge and known for it's spectacular stage designs. The first Miss Supranational competition launched in 2009 in Poland. The first contestants came from almost 40 countries around the world, today after 9 years the number has doubled with competitors from every continent. Miss Supranational has developed into one of the world's most prestigious live TV Shows. It is now risen alongside the biggest pageants shows in the world as a GRAND SLAM pageant and a member of the BIG 5 pageants. 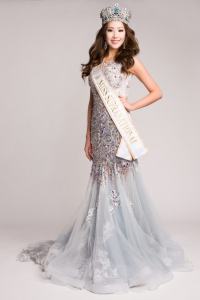