"Action Mice" is an animated action/adventure series reminiscent of the classic cartoons Transformers and Thunder Cats, and it's ready to bring back that same magical feeling of fun. Action Mice are a specialized military task force of battle-hardened mice with one single goal; to combat the increasing onslaught of the Iron Weasels. The world needs new tiny heroes, and the Action Mice are here!

From writing on prestigious franchise projects like "TMNT" to directing Global Genesis Group's upcoming animated feature film "Troll: Tale of a Tail," Kevin Munroe has established himself as a major force in the animation community. By the same token, Steve Lumley's artistic expertise on projects like Disney's "Cinderella" and "The Hunchback of Notre Dame" has made him a fixture in the world of cinematic animation.

"With a flawless track record of achievements in theatrical animation, visionaries Munroe and Lumley bring a wealth of experience to Global Genesis Group's latest animated series. We are so excited to have talent of this caliber on board," stated Rick Romano, President of Global Genesis Group.

Global Genesis Group is currently featuring Action Mice at MipTV 2018 in Cannes, France. They are taking meetings at: Palais -1.C57. 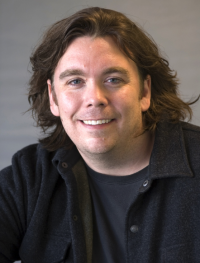