London, UK -- (ReleaseWire) -- 03/15/2013 --One of Europe’s top fitness agencies, W Athletic has signed up Mbongeni Mdlongwa to join the big list of their top models. Previously signed to Models Connect (http://www.modelsconnect.net), Mbongeni Mdolongwa feels lucky to have to have joined this London based agency, which focuses on spearheading individual’s modelling careers to greater heights of prosperity. In addition to W Athletic’s advocacy on talent, the agency exacts more emphasis on health and fitness and thus why Mdolongwa finally found himself making part of the list.

Models Connect is renowned for its endeavors to revolutionize the beauty and modelling industry by recommending ladies and gentlemen take pictures and further upload them to agency’s site. The agency then shortlists the uploaded images based on various factors and if the individual has what it takes according to them, they contact him or her where they will be advised accordingly. Models Connect maximizes on the potential benefit of social media to create awareness about its recruitment procedures and what applicants have to do to be signed up.

Generally, it is the roadmap to success once Models Connect identifies you as a potential candidate. Not so long ago, Mbongeni Mdologwa was in the same position, but today, he has the reason to smile having been signed up by W Athletic as one of their models. This is because W Athletic’s models have been featured in many areas earning substantial amounts. Most of them appear on fitness and lifestyle magazines such as the men’s health and fitness magazines respectively on the account of men while women have been featured on Zest, runners’ world as well as women’s fitness magazines among others.

“A super well done and we wish him all the success”, Comrul, Mbongeni Mdolongwa’s personal advisor told Models Connect as he was explaining how the agency contributed to Mbongeni’s victory. For those people still focusing on Models Connect and the role it plays to enhance people’s lives, the agency deliberates on every individual to possess a hidden talent that can be singled out for further exposure. 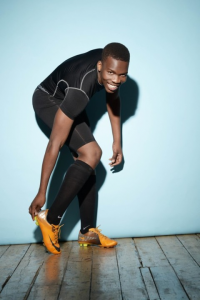