Director Molly Secours' upcoming movie ‘Scouting for Diamonds’ is a feature length documentary about the invisible heroes of baseball: the scouts. The film features HOFers, Wade Boggs, Willie Mays, George Brett & others. Secours is launching a crowdfunding campaign via Indiegogo to raise a small portion ($85,000) of the production budget to continue shooting.

Nashville, TN -- (ReleaseWire) -- 01/21/2016 --Scouting for Diamonds is a feature-length documentary film to be directed by Molly Secours. This film is about scouts, the invisible heroes of baseball. And while the film is certainly for those whose first love is baseball, it is for anyone who enjoys a good love story. Writer and director Molly Secours has recently turned to Indiegogo to raise funds for this project via crowdfunding.

The makers of 'Scouting for Diamonds' have met dozens of men and women who have given their lives to the game in search of that 'next great player.' This film tells the story from the perspective of legendary players and the scouts who discovered them.

'After hearing about a guy named George Digby, a Boston Red Sox scout who signed dozens of great players including Hall Of Famer, Wade Boggs, I realized there were hundreds--if not thousands--of scouts who have devoted their lives to combing the bushes in search of that 'next great player.' And although Mr. Dibgy is honored and recognized by the Boston Red Sox, most scouts remain anonymous. And because of the generosity, sincerity and blessing of Wade Boggs, we pressed forward," says Molly Secours.

Being an independent film project, this film is in need of money for its completion. With contributions from angel investors, the team has spent time with some of the greatest living legends in baseball including Wade Boggs, Willie Mays, George Brett, Tommy LaSorda, Dusty Baker and many others. When the film is completed a portion of the proceeds from this movie will be donated to several non-profit organizations that support baseball scouts and youth baseball.

To find out more about this campaign, please visit http://bit.ly/1PfQrJH

About Molly Secours
Molly Secours has been curious about what makes people tick since the age of seven. As a writer, director and editor, Molly has produced numerous short & long form docs, PSA's, TV ads, music videos. As a stage IV cancer survivor and someone who is deeply inspired by what she calls 'alchemical moments', Molly has conducted hundreds of intimate interviews with those willing to share their dreams, successes and heartbreaks. 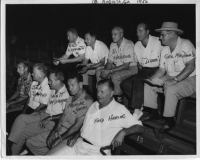 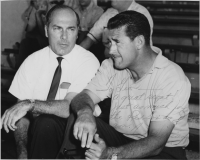 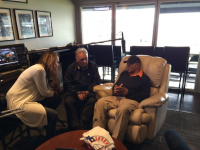