Orlando, FL -- (ReleaseWire) -- 08/21/2015 --Morgan and Morgan attorneys are currently speaking with consumers who have made purchases from the commemorative coin companies, U.S. Money Reserve and Fidelity Gold & Bullion. Based on the results of this investigation, the exclusively-plaintiff law firm may join a currently pending class action lawsuit against defendant companies.

The grounds of the lawsuit are negligence, unjust enrichment, and violation of Cal. Civ. Code § 1950, Cal. Bus. Prof. Code § 17200, and Federal RICO laws (18 U.S.C. § 1960). The RICO grounds allege the defendants engaged in racketeering activities (an advertising and sales campaign of omissions, semi-truths, and misdirection) that affected interstate commerce and used interstate wires and/or mails to further these activities.

Morgan and Morgan is probing how customers were solicited and what sales methods were employed as the current class action suit heavily depends on these tactics. The named plaintiff of the class action, Ms. Erica Stux, was allegedly solicited over the phone by the defendant companies 14 times in 7 months, eventually purchasing over $250,000 worth of coins. Morgan and Morgan has reason to believe there are many more individuals across the nation similarly situated.

The complaint further alleged that Ms. Stux and the plaintiffs made these purchases "as investments" after the defendant organizations used "misinformation" to sell the coins. According to the complaint, upon appraisal of Ms. Stux coins, the coins were found to be worth less than 1/3 of what Ms. Stux was asked to pay. Ms. Stux denies being told the market value of the coins was substantially less than the purchase price, the value of the coins would have to double twice to merely recoup their value, or the purchases would not result in any profit if she decided to sell the coins. Rather, the complaint alleges, the defendant companies described gold bullion coin investment strategy, such as gold's price rising during economic downturns, which is not applicable advice in regards to commemorative coins, which the plaintiffs were sold.

The complaint references U.S. Money Reserve's 2010 restitution settlement in which the Texas Attorney General (now Governor Greg Abbott) uncovered a scheme by the defendant, then called United States Rare Coin & Bullion Reserve, to engage in deceptive trade practices against "unwary, and often elderly," investors. After the investigation, U.S. Money Reserve settled for $5 million dollars in restitution damages. Individuals who were granted relief from this settlement are excluded from joining the current class action.

The statute of limitations is running on every claim and those who have made a purchase from the defendant companies or their affiliates should take action immediately.

Morgan & Morgan is currently investigating claims and encourages those who have made a purchase of commemorative coins of gold or precious metals from U.S. Money Reserve, Inc. or Fidelity Gold & Bullion since 2005 to visit this page http://www.forthepeople.com/class-action-lawyers/us-money-reserve-fidelity-gold-and-bullion-coin-scam-fraud-lawsuit/ and and ask for a free consultation, to learn about legal options with regard to the current class action and compensation possibilities. 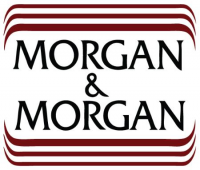