Motorists Faced with Huge Bill After Making a Common Mistake

Over 150,000 motorists every year are being fleeced with huge bills for accidentally putting the wrong fuel in their vehicle.

Watford, England -- (ReleaseWire) -- 03/30/2016 --Have you ever put petrol in a diesel car's engine? or what about diesel in a petrol car's engine? This common problem is putting a huge dent in motorists pockets.

Its estimated that over 150,000 motorists put the wrong fuel in their car every year across the UK alone. And its not just those Brits who are doing it, this growing problem is happening all over the world and its costing motorists thousands to correct. With our lives becoming more stressful every day, this has made the most simplest of tasks become something rather difficult due to the lack of concentration that we pay. Filling up our vehicles with fuel is one of those things, you see we get so used to filling our vehicles, the more we do it the less we pay attention as we do it because it becomes one of those things you just naturally do without having to pay to much attention to it. This is where it all goes wrong, we get so comfortable filling our cars that it only takes a few seconds to be distracted and you have pumped your band new diesel vehicle with petrol fuel. Steven from Wrong Fuel Recovery which is a part of the WF Recovery Group, the largest mobile fuel drain company in the UK has given us their top tips for when you put the wrong fuel in a car.

Firstly it is important not to panic, Steven say, as this will only delay the process. Its a daunting feeling when you have just put petrol in a diesel engine but if you remain calm you can be back on the road again in no time.

In either circumstance the vehicle will need the fuel system drained and possibly flushed, this can be done at a local garage which will require a tow to deliver the vehicle to the garage for them to perform the work. However companies like Wrong Fuel Recovery offer a fully mobile fuel drainage and flushing service, they will come to any location and drain the vehicles fuel system there and then. They even carry fresh fuel and start the vehicle back up again after it has been drained. Either service will likely set you back a few hundred pounds to correct the damage, depending on the vehicle make and model it can run into the thousands if components have been damaged.

So how is it even possible to fill a vehicle with the wrong fuel? Well the pumps at the filling station are slightly different, the diesel nozzle is slightly larger than the petrol nozzle this has allowed car manufacturers to make the hole where the nozzle fits on petrol cars large enough to take the petrol nozzle but to small to put the diesel nozzle in. However the other way round (petrol in a diesel car) is still possible and there is no protection for the mistake this way round. This doesn't mean its impossible to put diesel in a petrol car, the nozzle just need persuading and it will eventually fit in enough for you to fill the vehicle with the wrong fuel. Car manufacturers have tried to implement devices that prevent you from putting the wrong fuel in your vehicle but none have yet been proven to be affective.

The damage that can be caused by placing the wrong fuel in your car will depend on wither you put petrol in a diesel car or diesel in a petrol car, lets start with diesel in a petrol engine. Placing diesel in a petrol engine can seriously damage the engines internal parts as the diesel fuel is denser than petrol, this means it can not be compressed as it should in the cylinders resulting in bent valves and other internal engine problems. The diesel fuel can also cover the spark plugs in oil and prevent them from being able to produce a spark. If you put petrol in a diesel engine then the damage will be slightly different and the first item to fail is usually the high pressure fuel pump, this gets damaged due to the lack of lubrication in the petrol fuel as it travels through the fuel system and the many components that rely on the diesel fuel as lubrication. The main components that rely on the diesel fuel are the two fuel pumps and each injector that you have per cylinder. The cost on either of these systems to repair the damage from putting the wrong fuel in can amount to thousands depending on the make and model and also the components that have been damaged, most components that can be damaged from fuel contamination are quite expensive components and it often costs quiet a bit of money to put right if a component has failed. 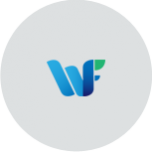