Denver, CO -- (ReleaseWire) -- 03/24/2014 --Mountain States Toyota has been awarded the Toyota President’s Cabinet Award and the Board of Governors Award for the year 2013.

Out of about 1,200 Toyota auto dealers nationwide, the Board of Governors Award for outstanding sales performance is issued to only 60 stores each year. The President’s Cabinet Award, which is the highest honor for Toyota dealers, is only given to 12 stores annually. This marks the third consecutive year that Denver’s Mountain States Toyota has received this prestigious award.

“We are honored to once again receive some tremendous awards from the Toyota brand,” said Tim Van Binsbergen, general manager of Mountain States Toyota. “We always strive to be the best auto dealer not only in the Denver area, but also on a national level. These honors from Toyota reflect the hard work and dedication of our team toward meeting our ambitious goals.”

The President’s Cabinet Award recognizes just a dozen auto dealers across the country for customer satisfaction, sales volume and strong operations. The Board of Governors Award goes to auto dealers that exhibit excellence related to sales success and dedication to upholding the values of the Toyota brand.

In addition to these honors, Mountain States Toyota has received the 2013 Toyota Circle of Excellence Award for top financing. The Denver Post has also named the auto dealer one of Colorado’s Top 100 Workplaces for 2014.

“We aim to provide the greatest level of service to each guest who visits our store, and our entire team remains committed to unparalleled customer satisfaction,” said Van Binsbergen. “Our efforts have paid off with these national honors. We look forward to continuing that mission and striving to achieve the President’s Cabinet Award for a fourth year in a row.”

To learn more about Mountain States Toyota and the wide variety of new and used cars, trucks, SUVs and crossovers it offers customers, visit http://www.mountainstatestoyota.com/index.htm. 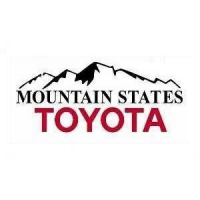