Los Angeles, CA -- (ReleaseWire) -- 02/27/2018 --Since the advent of smartphones, people have had the same problem: how to keep their device fully charged while on the go. Mover+ aims to help solve this problem, and it does it all with no messy cables or wires.

At night, users can charge their phones as they normally would using the device's charging stand function. This keeps the phone upright so that users can see any alerts that come in without having to pick up the phone. The phone can be placed either vertically or horizontally with no change in capabilities.

Users can then take the Mover+ with them when they go out for the day. It packs in a 5000mAh battery pack that is capable of delivering charging speeds of up to 10W. When compared with Apple's standard 7.5W charging capability, this will charge users' phones significantly faster. The device also has a fast-charging mode capable of delivering speeds that nearly double Apple's.

The Mover+ measures less than half an inch in depth, so it is easy for users to slip it into their pockets or purses along with their smartphones. The battery pack is similar in size to a deck of cards, although markedly thinner.

The design and testing phase has already been completed, and the creators are ready to bring the Mover+ to customers everywhere. To further this goal, they have launched a crowdfunding campaign on Indiegogo to raise the money needed to fund the initial production run. The campaign has a funding goal of $10,000, which it has already more than doubled. The campaign will run until March 10, leaving plenty of time to raise even more money.

Campaign backers can get their own Mover+ for contributions of $55 or more. This represents a 38-percent discount off the expected retail price of $89. For contributions of $229 or more, backers will receive a five-pack of Mover+ devices, enabling them to gift the extras to family and friends. The creators aim to begin production of the Mover+ in March 2018 with anticipated delivery to customers in May 2018. 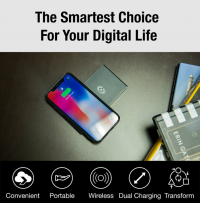 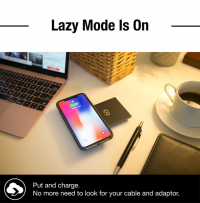 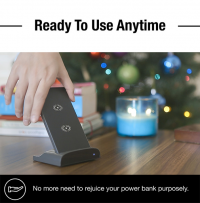 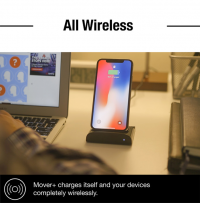 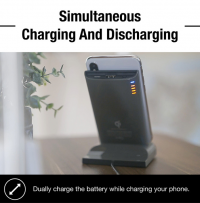