Movyl enters the mobile games market with a classic shooter, and a very different story.

The game's story takes place after a congregation is annihilated by a drug cartel. The only survivor is the local priest – the original target – who decides to take justice into his own hands and become a dark avenger.

The game was developed with the latest technology, design, high quality graphics and gameplay that guarantee a unique gaming experience for fans of classic shooter games.

The player is faced with more than 125 ruthless waves of enemies through 15 exciting levels that lead to the player to various Mexican locales, from city streets, to deserts, small towns and more.

The game is available as free and paid versions, and sports social features and collectables that can be used to access special power-ups.

About Movyl Entertaniment
Movyl Entertainment is a leading publisher of high quality games specifically created for Latin American market but with a global appeal. It has teams in San Francisco, California and Mexico City. Its mission is to form a new landscape of mobile gaming in Latin America, bringing unique gaming experiences to users and offering indie developers with tools and support for the publishing of their games and to empower the great talent in Mexico and Latin America. 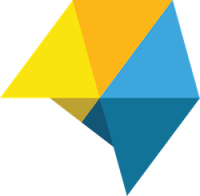