Colorado native, Louis Colaiannia, produced a very moving song featuring premier vocalist and song writer, Brittany Dymond, recognizing of the importance of having a passion for living and taking measures to prevent suicide.

Denver, CO -- (ReleaseWire) -- 10/06/2016 --World-renowned musician, Louis Colaiannia, recently released an inspirational song called 'Special', which features premier vocalist and song writer, Brittany Dymond. The piece was written with the purpose of recognizing the importance of having a passion for living and taking measures to prevent adolescent and adult suicides.

'Special' fits nicely in the adult contemporary genre. The song released in the US and Europe on September 30. It also released in India on Colaiannia's label and is already scheduled to appear on two compilation CD's. 'Special' is getting radio play in India, the Middle East, and North Africa.

The words and melody for 'Special' were written by Dymond and the song was produced by Colaiannia, who also plays piano for the piece. "Brittany brought the song to me with words already written and the melody nearly complete. From there I worked out the piano accompaniment. This song speaks to me about how important it is to treat our fellow man with grace and a smile. You never know when your actions toward someone could make a difference. We all need to do a better job of being kind to each other," said Colaiannia.

Dymond was born in the Denver area in 1985. She lived in various Denver-area suburbs and then moved to the Cape Coral/Ft Myers area of Florida, where she was living when she wrote 'Special'. It is a piece filled with emotion written during a very dark time in her life when a virtual stranger's kindness helped to pull her back from the brink of death.

"I didn't think that I had the talent needed to write and sing a song. In school I was active in the choir and in the theatre productions, but I was bullied in school and a few people told me I wasn't any good at singing, so I started to only sing when I was alone," said Dymond.

"I have enjoyed writing poetry from the age of 8, when they taught us about rhyming words in school," said Dymond. "It was magical to me and writing turned into my therapy. Poetry reached into my soul and allowed me to write about what I couldn't talk about out loud."

When asked why she wrote 'Special' Dymond explained, "I want people to be more aware of how they treat each other and to acknowledge that they may be going through a tough time. I was so sad and so depressed, but I acted happy to hide the pain inside me. So you never know what people are going through and a small act of kindness can make a big impact on someone," she said.

"While living in Florida, I worked as a receptionist and secretary in a large law office. My supervisor and I didn't really know each other, but every day he would say "Hello, how are you" and smile genuinely and hold doors open for me to walk through first. He had no idea the positive impact he made and how those small gestures made a difference in my life. He inspired me to keep on living and to put my feelings on paper again, as there was a period of six years before then that I didn't write at all," Dymond concluded.

'Special' is now available on i-Tunes, Amazon, Spotify, Napster and Rhapsody, among other music download sites. 100% of the proceeds from the song purchases will go to the Carson J Spencer Foundation, a Denver nonprofit organization focused on suicide prevention.

Sally Spencer-Thomas, psychologist and the CEO and Co-Founder, the Carson J Spencer Foundation known for their innovation in suicide prevention and a mission for elevating the conversation to make suicide prevention a health and safety priority in our schools, workplaces and communities.

"After my brother, Carson, took his life in 2004, I co-founded the Carson J Spencer Foundation with the goal to honor his life through a life-saving movement to prevent suicide and promote mental health," said Spencer-Thomas. "We are sincerely grateful to both Louis and Brittany for their support of this so very crucial endeavor to honor those who are fighting for their lives and remember with dignity those who have lost the battle."

"There is very powerful messaging in 'Special". It speaks of a stranger's kindness and models empathy and resilience. The song tells how compassion and kindness can help people get through some really tough times. Of how the human to human connection makes such a big difference," said Spencer-Thomas.

"Louis' generosity in donating the proceeds back to the Foundation is very inspiring. We value leaders who stand up boldly like he has and say 'this issue matters and we all can do something about it.' It's the Brittany's of the world who are fueling this social movement to prevent suicide. It's people like her sharing stories of hope and recovery that remind people that they are not alone and that they have resources for help," Spencer-Thomas concluded.

"I want to help people who are going through something similar to what I went through," said Dymond. "I want my song, 'Special' to let them know that they are not alone and to help them. The same way that I felt better when I heard a song on the radio and I didn't feel so alone."

About Louis Colaiannia
Colaiannia is a virtuoso of classical piano, accomplished songwriter, arranger and performer. He is also a multi-zone Nomination recipient: (Best Ambient Album 2011, Holiday Album of the Year 2012, and Best Chill/Groove 2013) He holds a Mozart Award for his contributions to music, and his latest release, Closer, reached #1 on the One World Music Top 100 Radio Chart. Colaiannia will be releasing a new CD, 'Four Days in My Life', produced by Will Ackerman, on November 11. He wrote the music for the album while sitting on a beach in Oregon.

Colaiannia has upcoming performances scheduled in 4 cities in Arizona; then in Florida, Los Angeles and Iowa. He will also be performing during the Woodland Park, CO 'Home Holiday Tour' in early December. Colaiannia and Dymond have plans to release a Christmas music compilation CD called 'Echoes of Christmas' in late November. It will feature holiday favorites like 'Silent Night' and 'White Christmas' and some original pieces.

About Suicide Prevention
There are effective, known treatments for underlying mental health problems. Over 90 percent of those who die by suicide suffer from a significant psychiatric illness, substance abuse disorder or both at the time of their death. The impact of mental illness and substance abuse as risk factors for suicide can be reduced by access to effective treatments and strengthened social support in an understanding community.

Help is available through the National Suicide Prevention Lifeline (1-800-273-TALK [8255]) and Crisis Click to Chat (http://suicidepreventionlifeline.org/help-yourself/) and through established local service providers and crisis centers.

We sustain a passion for living through: 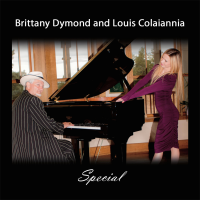 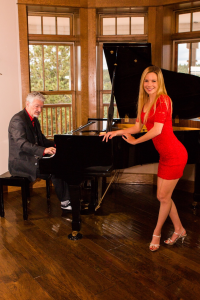