Los Angeles, CA -- (ReleaseWire) -- 04/16/2018 --The Celerity Educational Group (CEG) announced that Nadia Shaiq was elected President and Chief Executive Officer of CEG by the organization's Board of Directors on April 3, 2018.

"Nadia Shaiq's distinguished career of transformational leadership at CEG made her the universal choice for CEO at the Board and, I am confident, throughout the entire CEG organization," said Curt Hessler, CEG's Board chair.

Mrs. Shaiq has served as CEG's Interim CEO for the past six months during which she successfully led a major restructuring of CEG's management and operational processes. Additionally, her leadership of the CEG team facilitated the unanimous approvals of material revisions for the charters held by CEG's seven Los Angeles area schools (Celerity's Nascent, Cardinal, Octavia, and Palmati Charter Schools authorized by LAUSD, Celerity Achernar Charter School authorized by the Compton Unified School District, and Celerity Himalia and Rolas Charter Schools authorized by the State Board of Education).

"I am honored by the Board's confidence and trust in my leadership," said Mrs. Shaiq. "Together, we will further Celerity's record of academic excellence and student success. I am humbled and inspired each day by our dedicated professional staff and our amazing families."

She began her Celerity career in 2006 teaching 1st grade at Celerity Nascent Charter School. She then taught 1st grade, 2nd grade, and kindergarten at Celerity Dyad Charter School, where she was later named the school's Curriculum Specialist across all grade levels. In 2010 she was appointed Principal of the newly opened Celerity Octavia Charter School, and in July 2013 became CEG's overall Director of School Services. In 2017, she was named CEG's Chief Academic Officer. 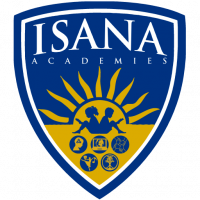