Nashville, TN -- (ReleaseWire) -- 08/18/2016 --Laughter for Soul Productions, a Nashville-based film production company, is pleased to announce that its comedy film entitled "Father, Son & Holy Moses!" will be screened at the 2016 Park City International Film Festival (PCIFF). Kevin Sorbo, best known for the role as the atheist Professor Radisson in "God's Not Dead," and the title role in "Hercules: The Legendary Journeys," serves as Celebrity Ambassador for the festival. Based in Park City, Utah, home of the Sundance Film Festival, PCIFF is a premier family-friendly, faith-based film festival recognized for its exclusive and inspiring programming.

The film tells the humorous story of a man dealing with religious issues from his youth - and its message is resonating well with faith-based audiences. "Father, Son & Holy Moses!" won the prestigious Audience Choice Award at the International Christian Film Festival in Orlando, Florida in May 2016.

Mitch Emoff, writer and producer of "Father, Son & Holy Moses!" states, "We are blessed to have worked with such a talented crew and cast in the making of this film. While being a humorous take on finding faith in a very unorthodox way, there is also a serious message about the importance of family and relationships."

Dudley Jacobs, co-producer of the film, adds, "Family-friendly and faith-based projects are increasing in popularity. This film provides a unique and inclusive twist that makes spirituality accessible to all religious denominations. We are honored that the Park City International Film Festival has recognized our efforts."

"We are overwhelmed by the raw talent and emotion expressed in every film submitted," says Shelley Bingham Husk, Director of Programming of PCIFF. "Our mission is to promote a change to the culture of entertainment through value-based cinema; we are confident the films like Father, Son & Holy Moses! represent our festival goals and perfectly exemplify that mission." PCIFF is the internationally-recognized, premiere family-friendly film festival based in Park City, Utah and this year's festival runs August 10-13.

Andy Van Roon, the founder of Film-Com and Past-President of FilmNashville, had this to say about the film, "Mitch Emoff and Dudley Jacobs have made a very funny film with Father, Son and Holy Moses! and are two of the most creative and production-capable filmmakers around, including their leadership of the Nashville Filmmakers organization, which galvanizes teams of content creators to make projects that are meaningful and marketable."

Mitch Emoff will be present at the screening of "Father, Son and Holy Moses!" and on hand for Q & A afterwards at 4 PM on opening day of PCIFF in Park City, Utah. All interest viewers and filmmakers are invited to attend. Tickets to the event are available at www.parkcityfilmfest.org 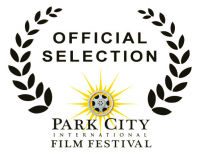 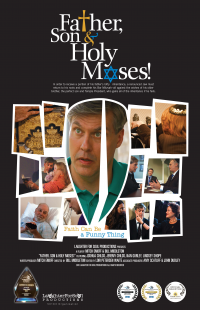