The world has been subject to much progress in the realms of sexuality and gender. As a result comes the typical conservative reaction. To protect people and organizations against this reaction is the NASTY: Fetish Fights Back erotica compilation.

Raleigh, NC -- (ReleaseWire) -- 12/12/2016 --For many people, the realm of acceptable sexual practices is widely variable. In recent years, the shift towards acceptance of non-binary genders and sexualities has served to further the diversity of acceptable fetishes and practices. In turn, the typical conservative reaction ensues. In fact, this knee-jerk reaction to progress is reminiscent of the 1960's Moral Majority, an extremely conservative group that formed in response to the wildly sexual times of the early 20th century. Out of the Moral Majority came a similar group named the Christian Coalition, which is still growing and thriving today. The sad truth is that this typical conservative reaction is hurting thousands of individuals today. These people are hurt because they are not straight, traditional, or simply have an atypical kink. Here to give these people a feeling of acceptance is the upcoming publication titled NASTY: Fetish Fights Back.

NASTY formed as a result of the #NastyWoman movement after now-president-elect Trump's unfortunate comments. These comments combined with a growing anti-gay sentiment, which has been exemplified by the horrid Orlando shooting, are making people less comfortable with their sexuality and ultimately themselves. To protect the mental and physical stability of these individuals is NASTY, a pride-focused movement specializing in published erotica.

To build a feeling of acceptance, NASTY is creating a compilation of the best fetish erotica it can find. This diverse collection of works will come from acclaimed authors like Selena Kitt, Gemma Files, and Lucy A. Snyder as well as the submissions from the public. This variety will ensure that every reader will be able to find something that gets their specific likings as well as a few new and enthralling ideas.

To further the impact of NASTY: Fetish Fights Back beyond that of mental aid, NASTY has pledged to donate one-fifth of all profits to Planned Parenthood. With this funding, Planned Parenthood will be able to further sex ed, reduce harassment, and gain rights for rape and abuse victims. While the novel is being compiled, the NASTY team has opened it up for pre-orders via a crowdfunding campaign on Kickstarter. Patrons will be rewarded with everything from limited edition print works to works by the contributing artist. With the support of readers NASTY: Fetish Fights Back truly can make a difference in the world and defend those who need defending. 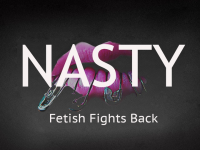 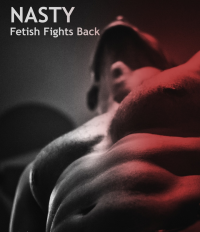 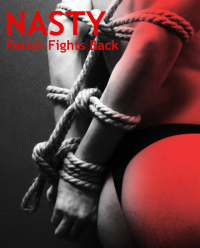