"We are thrilled that both Operation Renewed Hope Foundation and FOCUS Marines Foundation have endorsed our TV series," Ed Dasso, author of the Jack Bass Bestselling novels and screenwriter explains. "It has been my intent from the beginning to donate a portion of the earnings from this show to Veterans groups. Our main character, Dr. Jack Bass, is a physician with the caring nature of Hawkeye Pierce, a man truly dedicated to the healing arts. However, Jack is forced into situations as an Army physician and again as a civilian where he is directly confronted by evil. Bass then becomes Charles Bronson and dispatches villains with a vengeance."

In the novels and the television series, Jack Bass suffers from a severe case of PTSD. His judgment is at times impaired. Jack suffers from flashbacks and hallucinations. "Is Jack a hero, a bad guy or a combination of both?" Wid Bastian of Genius Media asks. "The audience will root from Jack from the beginning and identify with him, but it may be a while before they discover the truth. Is Jack the kind, caring doc everyone admires and loves, or does he have a Dr. Hyde inside him that he cannot control?"

Operation Renewed Hope Foundation helps homeless Vets find housing and employment. Nationally, HUD estimates that more than 40,000 Vets are homeless on any given night. More than 1.4 million Vets are at risk of homelessness due to poverty, lack of support networks and insufficient housing. The FOCUS Marines Foundation develops and administers programs for wounded warriors which assists them in their transition from military to civilian lives.

"As Jack Bass, M.D. gets closer to finding a home, we felt it was important to let everyone know that our goal is not only to produce a top-quality program but also to help our Veterans," co-producer Bruce Nahin explains. "Both Operation Renewed Hope Foundation and Focus Marines Foundation are Veteran 501(c)(3) charities with sterling reputations. We are thrilled to help them in any way we can." 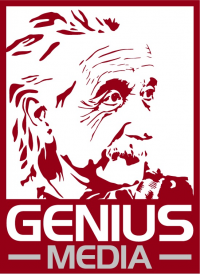