Never Deal with a Powerless Mouse Again with UNDEAD Mouse

Smart Crowdfunding is slated to carry out strategic marketing initiatives for the ‘UNDEAD Mouse’ crowdfunding campaign on Indiegogo. This campaign endeavors to raise the funds needed in order to bring an innovative computer mouse to market.

Chicago, IL -- (ReleaseWire) -- 10/02/2014 --Sarman Shah, a professor of computer applications with the Sikkim Manipal University Distance Education (S.M.U.D.E.) in India, has launched a crowdfunding campaign on Indiegogo. This campaign has a funding goal of $100,000, which needs to be raised by November 9th in order to begin mass production of their invention, the UNDEAD Mouse. The UNDEAD Mouse is a wireless computer mouse that never needs charging or batteries. This idea started several months ago at the S.M.U.D.E. library when Shah saw an ongoing problem with their computer mouses. The university has 50 PCs, all of which use a wireless mouse, and at least one of the computers has a dead mouse battery every semester. This leads to a big problem with teachers trying to create a presentation, students trying to take an exam, or any other important work requiring a computer.

The days of trying to get work done but having to deal with a powerless computer mouse are over with the UNDEAD Mouse. It works by creating its own energy and recharging its own battery. This is done by a magnet that is placed between two copper coils within the body of the mouse. Movement and friction generates the energy required to keep the battery charged. It is super thin, 2.4GHz, has a smooth surface and a visually appealing design with an independent on/off power switch. The UNDEAD Mouse is available in five standard colors: white, black, pink, blue and green.

The UNDEAD Mouse team has already created and tested the first prototype with their electrical engineering department, which successfully led to 55 mouse units that are based upon that prototype and currently at use in their lab. The team is now ready to move forward into the mass production stage, which is why they are reaching out to the crowd via their crowdfunding campaign. This campaign is offering several perks to all of their Indiegogo supporters. These perks, which serve as funding incentives, range in value from a “Thanks Dude” perk which enables the supporter to follow the campaign to various pre-purchase amounts and UNDEAD Mouse merchandise. Full details can be found on their Indiegogo campaign page.

About UNDEAD Mouse
UNDEAD Mouse is the brainchild of S.M.U.D.E. Professor Sarman Shah. The UNDEAD Mouse team consists of Shah, Rashmi H. Singhal and her colleagues from the electronics department at S.M.U.D.E. as well as a group of final year students whose field of study correlates with the invention. Deepak Garg, the head of Innova Electronics, is also an important member of the team. He and his team of experts will be playing a crucial role in making certain Shah’s invention is made according to the high standards that the team has established.

To contact via email write to Sarman Shah: sarman_m_shah@yahoo.com 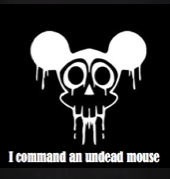 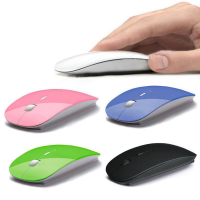