Singapore -- (ReleaseWire) -- 03/25/2016 --What Time is a new app designed to let you chat about what you're doing in-the-moment, such as: "Party Time", "Coffee Time" or even "Sexy Time" in ephemeral chat groups that automatically close when that event is over. It's a perfect way to have quick group chats without getting stuck in unwanted groups that are impossible to leave - i.e. chat group hell.

Chat Group Hell: We've all been there - stuck in a chat group that you can't leave because it's either rude, FOMO on juicy gossip or just not wanting to be 'that guy' who leaves. What Time is a new app where you'll never get stuck in an unwanted group and it keeps conversations on topic.

It's a simple idea: rather than having chat groups that stay open forever and get easily flooded with multiple topics going on all at the same time, it would be better to chat in groups that:

A. Only exist for as long as they're needed, and
B. Stay on topic

Only existing for as long as they're needed. Chat groups start with a timer counting down from 24:00 hours, new messages sent to the group will add a further 10 minutes, but eventually as the conversation ends it will reach 00:00 and the group is closed.

Staying on topic. Groups are based on what 'time' it is, such as: "It's Party Time", "It's Coffee Time" or even "It's Sexy Time" and chat along with shared photos scrolling along the background so everyone in the group knows what everyone else is talking about.

The world does not need another social-network but group chat could be better, Tap Get CEO Keeran Janin commented, "Groups in apps like Whatsapp and Messenger already do a great job of keeping us close with family and friends - but overuse for the wrong events spoil the experience - so rather than create a whole new platform we made What Time as an alternative app to chat about short-lived events that works with your existing social networks".

Currently What Time works with Facebook contacts, adding support for other networks is planned for future updates. 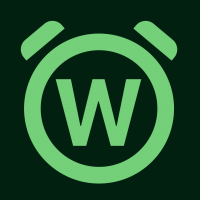