New Book by Lynne Garber Released Entitled, "Death on the Amazon: My Memories of Eric Fleming"

Phoenix, AZ -- (ReleaseWire) -- 08/25/2020 --In Death On the Amazon: My Memories of Eric Fleming, Lynne Garber's romance with Hollywood star Eric Fleming bursts off the page. Fleming, the shining light of Rawhide, one of the most successful and loved TV westerns in history, his romance with former Miss Pennsylvania Garber, and his tragic death while shooting a movie in the Peruvian Amazon form the basis of Garber's incredible story. But what she learned about Fleming, Hollywood, and beyond would have been too much even for an episode of Rawhide.

Garber's memoir leaves no stone unturned. She debunks Hollywood and media myths about Fleming and his death. She reveals details about his drunken father who persistently beat him, and dives into his professional relationship with CBS, the network that produced Rawhide. Garber pulls the Eric she knew and loved from her memories, from his diary, and from the more than two hundred love letters he sent her during their time together.

But it is Fleming's untimely and unnecessary death in the Amazon to which Garber leads us. Through the courting, personal histories, and devious contract dealings, the pieces that pushed Eric to the brink and led to him agreeing to run rapids raging so fast that even the local Amazonian elders shied away. Regrettably, Eric shot the perilous Huallaga River rapids and drowned. Weeks later, his battered body was recovered. He had been pummeled against boulders and ravaged by piranhas. Garber opens our eyes to the man behind the good looks and knowing glances of Rawhide trail boss Gil Favor.

To purchase the book on Amazon, visit https://amzn.to/3j8rCju. For more information, visit http://www.Lynnegarber.com.

About Lynne Garber
Lynne Garber is the author of the book, Death On the Amazon: My Memories of Eric Fleming.

Long before Lynne met Eric Fleming, she was a prominent model in Manhattan. Ford Models Agency represented her, and she worked constantly as a fashion model. She regularly modeled for Hanes hosiery; and her long fingers danced through Yellow Pages ads. Also, she appeared in advertisements for Saks Fifth Avenue and many clothing lines.

She worked with famous actors James Mason and Cesar Romero promoting Thunderbird Wines for E & J Gallo. In Gallo promotions, she needed to dress in a scanty Indian outfit, and was 'Princess Thunderbird,' in print commercials. Gallo also sent her to neighborhood stores to promote the fortified drink. The advertising campaign was so successful that by the end of 1957 Gallo's production level increased to 32 million gallons annually. By contrast, Chateau Lafite Rothschild produces about 36,000 gallons per year, depending on the harvest.

In the 1980s, a columnist for the Los Angeles Times Sunday 'Home' section wrote, "Whatever happened to Lynne Garber, who played 'Miss Thunderbird On the Rocks'?" I didn't respond, and I guess they're still speculating.

Lynne was born on June 8, in Harrisburg, Pennsylvania, to a mother employed by the U.S. Selective Service System and a father who soon disappeared. As a child, she dreamed of being a dancer. Every summer, mom and I would travel to Manhattan where I studied ballet. I skipped two grades in school and received a full scholarship to Bennington College. They were the worst few days of my life, and I quickly moved to Manhattan to continue studying dance. I grew to slightly less than 5' 10". In 1956, I started dancing at Lou Walters (Barbara Walters' father) Latin Quarter. I met Eric Fleming in 1963, and we were together constantly until his death in the Amazon on September 28, 1966. I recuperated at my mother's house for many months after Eric's death.

After her modeling career, Lynne became a 'fashion photographer'. She learned the trade from Tommy Mitchell, a celebrated Los Angeles commercial photographer. Besides shooting layouts for Peterson Publishing and May Company, she later taught photography at Art Center College of Design, and California State College, Long Beach. 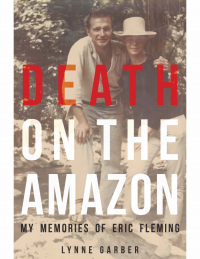 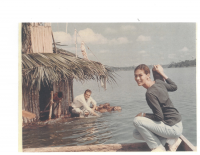 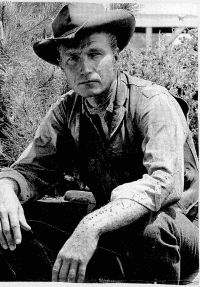