New Book Release an Epic Saga: The Lord of Persia

In this stimulating social sci-fi Keyvan de Bash explores a genre that not only condemns demagogy and dogma, but adds a paranormal twist.

The Lord of Persia is a daring and documented revelation of how the Sword of Islam unleashed its deadliest strike in 650 AD, and plunged Persia into the darkest age ever known to man. The series spans three millennia and embraces an array of both real and fictional characters, such as William Shakespeare, Ayatollah Khamenei (the tyrant), his controversial wife Khojasteh, Mazdak (the psychic in jail) and Ahriman (Satan), each contributing in their own unique way to the intrigue of the story. The central character, the Solutionist, transcends the boundaries of time and place. He is reincarnated three times in three thousands years to vanquish his archenemy, Ahriman.

The author paints a mirror image of the ayatollahs and the exploiters in the rats and foxes of the Demonic Council,lead by Momo and Winston. Author then illustrates a specific shrine as Ahriman’s temple, where Satan deliver his infamous speech and reveals his diabolic strategy to dominate the human race, to keep the men ignorant and subjugate the women indefinitely and so defeat the Solutionist.

In 1593 William Shakespeare is interrogated by a regal man wearing a white falcon emblem. In 2013, the tyrant of Iran, has a menacing dream of an archer wearing a white falcon emblem. A deaf-mute oracle, sequestered in solitary confinement by the Islamic régime for two decades, interprets the dictator's dream on the wall of his prison cell. In 605 BC Ahriman (Satan) receives a cosmic warning in the form a man carrying a white falcon emblem and alerts Ahriman, with one birth and two reincarnations. Startled, Ahriman summons the Demonic Council, to announce the birth of their immortal nemesis, and to reveal to his Underworld creatures his cunning plan. Under Ahriman’s command, two kinds of creatures live in the Underworld, each representing a group of people on Earth in their past and future lives.

Three men - born for a single purpose, live in three different millennia, share the same soul, to fight the same enemy, Ahriman. The first man unites four kingdoms, and emancipated the Hebrew slaves in Babylon. The second man battled the ancient world's most vicious despots and clergymen. The third man is to prevent the apocalypse and to liberate the Persians from the scourge and suffocation of Islam in Iran, and institute world new order.

Digital Bottle (The self Publishing Dilemma)

About K1 Publishing
Keyvan De Bash is a first-time novelist and The Lord of Persia is his first book. He was born in Iran and spent ten years of his youth in the south of France, where he studied the philosophers of the age of enlightenment. He then migrated to the USA to study general history, political science, the American Revolution, and cinema. Since 2010, Kryvan De Bash has been writing The Lord of Persia, and is finally able to release the first Book. 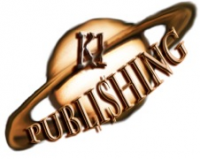 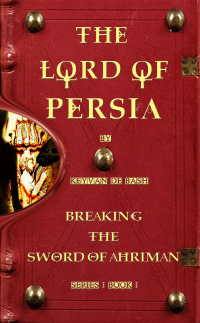 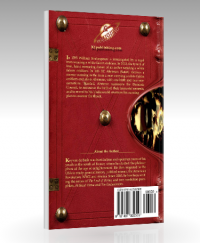 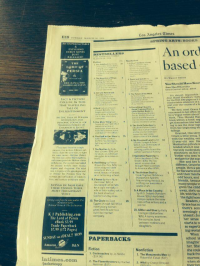 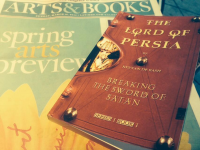