Unwittingly, Sophia and her husband, Ethan, set off to snow-covered Russia for the international adoption from hell! With hearts and minds focused on their baby boy, they inadvertently stumble into the crosshairs of the unforgiving, ironfisted Russian Mob that controls the adoption trade. To make matters worse, an untrained, inexperienced adoption coordinator orchestrates the effort to keep the American couple safe.

Beautiful Evil Winter is an epic modern-day odyssey about the human capacity for hope, the traumas that shape our lives and the hardship we’ll endure for love. What will desperate parents do for their child? Anything.

Kelly’s book delivers a resonating narrative to an American audience hungry for Russian-based stories. As one of the most dangerous countries in the world, Russia generates daily front-page news, most recently with the Olympic Winter Games, but not to exclude President Putin’s controversial decisions regarding Edward Snowden, criticism of his policies and gay citizens. Hollywood’s nod to the popularity of Russian stories includes- the runaway hit The Americans and Keep Your Enemies Closer.

About Kelly
My fascination with fiction began in middle school when I entered a book-reading contest and won. As an ardent fan of the resonating narrative and the cliffhanger, I decided to dedicate myself to becoming a skilled writer. When college professors spotlighted my writing in the classroom, it anchored my interest in becoming a novelist. I continued to pursue my education at UCLA where my writing earned praise from an award-winning author. Of equal and enduring importance in my life, is a passion for horses. As an avid, lifelong equestrian and horse owner, I now live on a ranch with my family, which we share with a menagerie of four-legged friends. 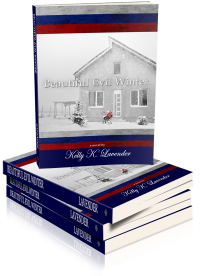