In Borrowed Time, Ralph F. Brady’s character Richard Carpenter is diagnosed with a fatal cancer and has less than a year to live. Given the chance, can he travel back in time and change history and his fate?

Richard Carpenter has just been told by his doctor that he has cancer and that it will kill him within one year's time. His faulty DNA is traced back to his alcoholic grandfather who was exposed to numerous noxious chemicals while working on the U.S. Navy's first submarines.

Richard is hired by Brookhaven National Laboratory to work on a top secret project that involves time travel. Given the opportunity, Richard volunteers to be the test subject sent back into the past. His only stipulation is they send him back to 1899 to meet his grandfather. Richard recognizes that this may be the only chance he has to alter his defective DNA and save his life.

About Ralph Brady
Author Ralph Brady is a retired executive from the transportation industry with a lifelong thirst for travel and adventure. He has traveled throughout Europe and the United States as well as to China and Mount Kilimanjaro in Tanzania.

"Borrowed Time" is Ralph's third book. His other works involve the histories of Long Island and the Glendale section of New York City where he spent his childhood. He is married to his childhood sweetheart, has three married children who have given him seven grandsons. Ralph and his family live on Long Island in New York. 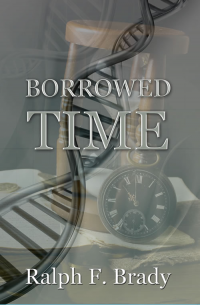