New Orleans, LA -- (ReleaseWire) -- 02/07/2014 --Ken Jeremiah’s book, Eternal Remains: World Mummification and the Beliefs that make it Necessary is unique, as it focuses on the religious and spiritual beliefs that necessitated the practice.

Eternal Remains investigates the natural processes of decay and modern methods of conservation, the justification for preserving dead bodies, and mummification techniques of cultures in different parts of the world. Eternal Remains contains many pictures of these mummies, which have not been previously published. In addition to new information on King Tutankhamen this book presents less famous examples such as snow- and ice-preserved bodies in Montana and Alaska, the Guanajuato mummies in Mexico, and strangely-preserved bodies in San Bernardo, Columbia.

Incan sacrificial ceremonies and the preservation of Incan kings are revealed as well as the Chancay practice of turning the deceased into drums, the Jívaro method of shrinking heads and the world's smallest mummy, Ichiknuna. European discoveries include the Frankenstein mummies of Cladh Hallan, fantastically preserved bog bodies, and the mummies in Ferentillo, Italy.

This book is one of few in English to cover Buddhist mummification in Tibet and China, and the amazingly self-mummified monks in Japan. Newly translated information about some of these monks, never before published in English, is included in this book, alongside pictures of the monks who engaged in this suicidal practice.

About Dr. Ken Jeremiah
Dr. Ken Jeremiah has written extensively about history, religion, and critical thinking. His previous books include Remnants of a Distant Past, Christian Mummification, Living Buddhas, Aikido Ground Fighting, and If the Samurai Played Golf...Zen Strategies for a Winning Game. He teaches world language and comparative religion courses, and currently resides in Narragansett, RI. 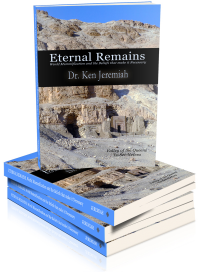