Kevin Douglas Wright turns his powerful 2019 documentary, I Learned It From You, into a book through which readers can learn how to address the sensitive topic of racism and Black Lives Matter.

New York, NY -- (ReleaseWire) -- 07/27/2020 --Kevin Douglas Wright, author and filmmaker, recently released a book version of his powerful 2019 documentary, I Learned It From You, which provides snapshots into the lives of six survivors of the civil rights movement. The book explores the dangers of learned behavior and institutional racism. It delivers lessons from the past that readers can apply to the Black Lives Matter movement and the greater good of humanity.

In today's fast-paced society, it's not easy to find time to educate oneself on institutional racism in America. Yet, in a time when so many Black people are hurting, staying informed is not just the smart thing to do — it's the right thing to do.

I Learned It From You offers a crash course on cultural diversity and racism in America. Chock full of the perspectives, lessons and memories of six randomly chosen baby boomers who also happen to be survivors of the civil rights movement, Kevin Douglas Wright provides a raw glimpse into the truths of racism and its effect on people in an indisputable, and, at times entertaining, way.

In the introduction, the author states that tomorrow or the next day, readers will interact with people who are not like them — white, Black, Jewish, Hispanic, Asian, Native American, gay, lesbian, mentally challenged... He then poses the question, "What will you teach them?"

Though the six stories are markedly different, each reveals a common theme, and that is someone teaching something that is responsible for the destruction of people and entire civilizations. The hope is that, by the end of the book, readers can apply the lessons learned to the Black Lives Matter movement and teach not destructive behavior, but rather behavior that will contribute to the greater good of humanity.

Kevin Douglas Wright is an American author, film director, film producer, film editor, screenwriter and cinematographer. His works have the power to inspire viewers, readers and listeners and to change perspectives and lives for the better. Wright invites individuals who are ready to combat racism through education to visit http://ilearneditfromyou.com/. The book is available in print or for download through Amazon.

I Learned It From You - Logo 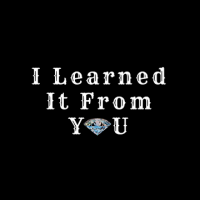 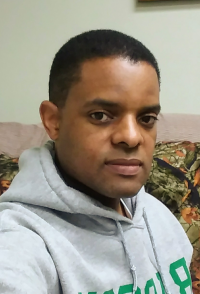