Located in Brazil, the 3rd largest aquarium in the world -- scheduled to open in 2015 -- includes a building envelope designed and manufactured in Kansas City MO and Grand Prairie TX

Kansas City, MO -- (ReleaseWire) -- 11/21/2014 --Does the United States make things that customers around the world want to buy? People in the sheet metal industry working at Zahner (Kansas City MO) answer with a resounding, “Yes!”

When it opens in 2015, the facility – located in Fortalezá, in the state of Ceará, Brazil – will be the third-largest aquarium on Planet Earth.

“We’ve been working on this project—the design, and our resolution of very complex architectural/engineering interfaces, and much more—for two years,” says Gary Davis, director of marketing for Zahner.

“It’s a big project, even for us. Much of the work recently has involved coordinating our 3D design/engineering scopes-of-work with Imagic Brasil, the Architect of Record in Brazil.”

Brazilian designers as well as government officials have traveled to the United States to review the engineering solutions and architectural surfaces that Zahner is preparing. Manufacturing has not yet begun on the main project; it might take as long as nine months and involve as many as 70 sheet metal workers (at both U.S. plants).

However, something representative of the structural frame is already in place. In Fortaleza. Ceara government officials believe the aquarium will be a major tourist attraction, and wanted a sort of “teaser” in place before 2015.

As a result, Kevin Hidy -- a member of Local 2 of SMART and fabrication director for Zahner -- recently traveled with two company executives to work with Brazilian crews for the on-site assembly of a 30-foot-tall mock-up of the aquarium’s exterior.

In essence, this effort represents a rehearsal of what’s yet to come. “It was a 10-day trip,” Hidy explains. “The mock-up is sized to scale, and we had a chance to work with the local workforce.”

When the project is ready to roll, Zahner’s Kansas City and Grand Prairie plants will complete the fabrication and then ship the framing and the Façade elements to Brazil. From there, Brazilian workforce will erect the Zahner systems on-site.

“The design featured numerous geometrically curved edges,” Davis says. “Our company is well-known among architects. They know if they can imagine it, our engineers and plant staff will design a solution to turn their concepts and aesthetics into a reality.”

Background: United States-based ICM, Inc. was awarded a $150 million contract to build the aquarium, which will be the largest in the Southern Hemisphere. When finished, the facility will house roughly 5,000 creatures (500 species), with 38 display tanks and up to 15 million liters of water.

Located in Brazil’s northeast, the state of Ceara has about 8.8 million residents. The government there believes the aquarium will attract 1.2 million visitors annually. 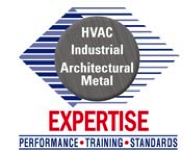