Guangdong, China -- (ReleaseWire) -- 12/16/2018 --XIMIVOGUE is proud to announce the release of it preferential franchise policies with the occasion of the upcoming Christmas celebrations. XIMIVOGUE is a leading Korea-based designer brand and a global fast fashion department franchised store.

In the past three years, XIMIVOGUE has opened more than 1400 stores around the world with an average monthly growth rate of 80-100 stores. It has also reached strategic cooperation agreements with more than 69 countries and regions, as well as collecting revenues for more than 2 billion RMB in 2017. To all franchisees interested in highly profitable franchise opportunities, XIMIVOGUE can offer more than 7000 high-quality products, which are showcased on their official website and are updated with a rhythm of 800 products per month. Besides its franchise opportunities, XIMIVOGUE has also established a stable cooperation with several well-known suppliers, including San Fu, Sassoon, Gialen, Watsons, Muji, and many more.

For celebrating Christmas together with its franchisees, XIMIVOGUE has released some of the most favorable franchise policies, which will be effective from December 10th to December 25th. The 16-days policies will allow franchisees to see the maximum benefits out of their franchise investment.

These Christmas franchise policies have been prepared with a sincere interest for ensuring higher earnings and more profitable businesses for all the XIMIVOGUE franchisees. For this leading global fast fashion brand, customers are the center of its core business and franchisees are part of a bigger family. It is for this reason that XIMIVOGUE has invested in a professional 24-hours after-sales customer service team, an advanced ERP management system, and senior supervisors to help the franchisees. With a small investment, individuals worldwide can start earning a stable long-term income and have their own fast fashion department store. Indeed, thousands of customers visit XIMIVOGUE franchised stores all over the world every day.

The new retail era has brought up new challenges as well as new opportunities. XIMIVOGUE strongly believes in the need to ensure all its franchisees the opportunity to achieve their dreams. In particular, XIMIVOGUE has a high-efficiency professional management team and the most advanced operation mode. The unique operating model of this franchised fast fashion brand is reached by understanding the consumer market and accurately grasping the most profitable market trends and consumer demands. In particular, the fast fashion culture advocated by XIMIVOGUE is the one preferred by younger customers nowadays.

The idea of integrating the fast fashion genre into department stores is one of the XIMIVOGUE's biggest innovations and it has been promoting this for almost 10 years. When more franchises will know about and join XIMIVOGUE, the future of XIMIVOGUE will be even more exciting with everyone's participation. All readers interested in learning more about the XIMIVOGUE Christmas franchise policies and to join the XIMIVOGUE international franchising network can contact the company using one of the methods below. With a small investment and these even more promising policies, everyone can start their own fast fashion department store even before 2019.

About XIMIVOGUE
XIMIVOGUE is a leading Korea-based designer brand and a fast fashion department franchised store. The company headquarters are located at the Guangzhou International Finance Center in Guangzhou, but it also opened other offices in Hangzhou and Yiwu. XIMIVOGUE has been investing money and efforts in creating "green consumer products", which are then sold globally through its franchising network. All XIMIVOGUE products follow the principles of simplicity, sustainability, and high-quality. Besides its products, XIMIVOGUE franchisees can count on the commercial information and suggestions provided by its mature management team with more than eight years of franchise experience. 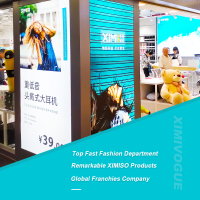 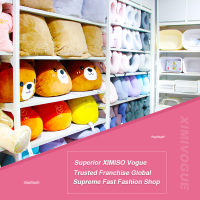 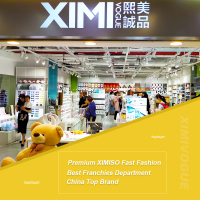