Bringing social concerns to the center of debate among young adult readers, a new coming-­of-­age adventure marries fantasy to politics by way of Ganesha fiction.

Palisades Park, NJ -- (ReleaseWire) -- 06/24/2016 --Written to embody what now faces American voters, a new book by Rohit Gaur asks young adult readers to join the conversation. A part of the zeitgeist since the fall of the Berlin Wall, the world is askew with what some say is a socially harmful mentality. In Gaur's new book Ganesha's Temple, he prods young readers to ask if building walls to restrict citizens from homelands is a good 21st ­century idea. To do this, the coming-­of-­age story brings the wars between India and Pakistan to the fore. Using world mythology and a teen protagonist, it gives a thrilling, revelatory bird's eye view of what that looks like to live within government restricted borders.

Traveling in the vein of Narnia and Harry Potter, Ganesha's Temple starts with Islamic extremists crossing the border between disputed territory in India and Pakistan. In the YA political fantasy novel, the Chief Minister of Kashmir proposes that a wall be built that would divide India­-controlled Kashmir and Pakistan­controlled Kashmir. In keeping with dire circumstances all over the world, this not only affects the people's houses it cuts across, but it also leads to increased terrorist attacks, unrest, and unrelenting debate.

The first in the Temple Wars series, Rohit said of the book launch, "This is a hardcore topic for good reason. Wall construction projects proliferated dramatically after the terrorist attacks on Sept. 11, 2001. By 2011, more than 45 walls separated countries and territories. I believe teenagers who pick up Ganesha's Temple can weigh in on whether separating ourselves is key to our survival or a foreshadowing of the end of goodwill."

About the Temple Wars Series
Temple Wars is a Transmedia Franchise authored and created by Rohit Gaur written as an urban fantasy for young adults underscored by mythology, Hindu spirituality, and philosophy. The first book in the Temple War Series, is slated to become a motion picture.

About Rohit Gaur
Rohit Gaur is an entrepreneur with hotel chains across the US and India, as well as the creator of Gaur Spice Whiskey and Cavalry Bourbon distributed nationwide. He is the writer and director of, and actor in, numerous independent films as well as the founder of Artisna.com ­ the artisan marketplaceTM, Perfumora.com – the scents marketplaceTM and other tech startups. 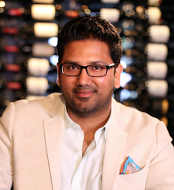 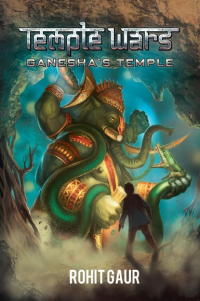