With more than 500,000 customers, the Blackburn based company’s influence on the Electronic Cigarette market is keenly felt throughout the UK, USA, mainland Europe and Asia. Now they are delighted to announce a flagship store in the centre of their home town.

The store is operating on King William Street. The store stocks the fullest range of Totally Wicked’s ever popular range and will be strongly promoting the company’s newest range of E-Liquid. The Red Label E-Liquid range was launched on Monday 4 Feb this year and produced by Totally Wicked in Lancashire. The range is produced from an ingredients set exclusive to UK products, which includes the finest pharmaceutical grade UK produced nicotine base. Products from respected Electronic Cigarette retailers such as The Electronic Cigarette Company (TECC) will be available from the new store.

The grand opening of the new Totally Wicked store took place on Monday morning at 10.00am. Senior management and staff will be there to entertain any questions that the public may have. Refreshments will also be available for those attending.

It has been an exciting week for Totally Wicked as they have also confirmed a partnership with Rugby League powerhouse St Helens. The partnership will include the naming rights for a stand at the club’s Langtree Park stadium. The North Stand will now be renamed the Totally Wicked Stand.

This is the second sporting partnership that Totally Wicked has brokered in the past 6 months. In September of last year, the E Cig company forged a partnership with Championship side Burnley Football Club. This partnership included an initiative to help Burnley supporters switch to electronic cigarettes and encourage their use in the ground. A number of ‘Vaping games’ were held during which a ‘cigarette amnesty’ was initiated allowing for supports to swap a conventional cigarette for a free Burnley FC branded electronic cigarette.

The opening of a flagship store is indicative of how far the company has progressed since its formation in 2008. Distinctive branding, ever expanding quality product range and industry leading customer service have been at the centre of Totally Wicked’s success. This leadership has not only allowed Totally Wicked to become a respected supplier of Electronic Cigarette products but also be at the epicentre of a blossoming user community.

This new store builds upon the legacy of the world’s first ‘vaping lounge’ opened by Totally Wicked in Bradenton Florida in early 2010. 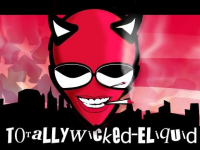