Los Angeles, CA -- (ReleaseWire) -- 09/09/2015 --There is a new player in the fantasy football weekly pick 'em game – JokerChoker.com. One of the most tried and true types of fantasy football games is the weekly pick 'em style where the player picks a winner for each game being played that week. If the player picks the correct winning team they receive a point, and the player with the most points at the end of the season wins. JokerChoker follows this same model but adds another layer of scoring opportunities, and strategy, by introducing a poker element.

"We love playing fantasy sports games, but it can be hard to find the time to set lineups, draft players or make player selections with salary cap limitations on a daily basis," said company spokesman Erwin Russell. "But, without fantasy sports, we miss having a reason to watch games if our favorite teams aren't playing. At JokerChoker we tried to come up with a game that would allow the average sports fan to have an interest in the outcomes of the games they are watching without a large financial or time commitment, but that is also more than just a simple pick the winner concept."

The game is set up like a standard pick 'em game, but for one difference – each team playing that week has been assigned a unique poker card from a 52 card deck. In addition to picking the winner for each football game, the player also picks five games where the winning teams' poker cards will serve as their five card poker hand. The better the poker hand, the more points the player will get. At the end of the week the number of correct picks is tallied, and points are awarded for the final poker hands based on rank. Points for poker hands are awarded according to a scale starting with 2 points for a simple pair up to a Royal Flush, the highest possible hand, netting 50 points. This poker point element means that no lead is safe during the season and one good poker hand can vault an "also ran" to the top of the leader board for end of season prizes.

Despite the "poker" element, there is no gambling, wagering or risk of loss involved. The game is free to play. The JokerChoker football pick em' poker game launches September 7th. 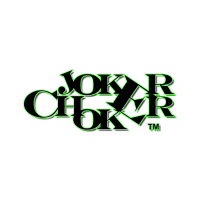