During last season's fashion week, Rodriguez proved himself as the fashion photographer/collaborator to watch when he joined forces with pop artists and designer duo Jeantrix, to produce the "Lucid Dreams" fashion presentation. The show which fused live video, photography and fashion was highly attended and vastly covered by the press. This fall, Rodriguez brings the same excitement with the help from The Set NYC to provide a "one stop" Fashion Night Out showcase, which includes preproduction, execution and post production services as part of an inclusive package. This package is now available for select, up-and-coming fashion designers interested in showcasing their lines for Fashion Week 2013 this September.

This year’s "A Fashion Night Out" inclusive package will include the following:

The showcase will be held at a chic 5000 square foot church located in Chelsea. The venue holds over 300 people and will be outfitted with a professional 16 ft. runway and stage. The Set NYC has been responsible for executing several high caliber fashion show throughout the years and has worked with the likes of Topman/Topshop, America's Next Top Model and Ford Models.

The investment for the inclusive package is $2,500 Spaces are filling up. For more information about participating in this year’s Fashion Night Out, please call (646) 339-6038 or email: info@alrodriguezphotography.com

About The Set NYC
The Set NYC is a Manhattan-based event production company which plans, produces, promotes and executes a diverse mix of creative events utilizing various venues throughout the New York City area. The Set NYC provides a platform for up & coming artists, designers, models, DJ's and entertainers to showcase their work to media, talent scouts, fans and the general public. From professional fashion runway shows and presentations, art show, musician performances, on-stage open mic variety shows and contests, to meet-up events or chic private parties, The Set NYC has established itself as a successful platform for unveiling and showcasing some of New York's emerging and trending talent. For more information visit: http://www.thesetnyc.com

About Al Rodriguez Photography - Born and raised in New York City, self-taught celebrity and fashion photographer, Al Rodriguez, has quickly made a name for himself as a high caliber creative talent in the fashion photography genre. With a focus on edgy fashion, creative beauty and tasteful glamour photography, Al has been published both nationally and internationally and featured on the covers and in the editorial and fashion spreads of several trendy magazines. Al has owned and operated two multidisciplinary creative event spaces and galleries in New York City, AE Studio LIC and YCOI Studios and has produced and executed several fashion shows, art shows and other creative events.

Al has also had the privilege of shooting celebrity clientele the likes of reality TV stars Angelina from MTV's Jersey Shore, Rene Graziano, Karen Gravano and Love Majeski from VH1's Mob Wives, hip-hop artist, Fabolous, singer/actress Adrienne Bailon and actor Brian White, among others. Al's work has been featured on Vogue.it, Maxim.com, Askmen.com, TMZ.com, Bloomberg.com and PlayBoy's TheSmokingJacket.com, among others. Al's photography has been featured on VH1's Love and Hip Hop, on the set of HBO's How to Make it in America. Al was also featured in episode 207 of VH1's Mob Wives, season 2 and has worked with VH1's Basketball Wives. For more information visit: http://www.alrodriguezphotography.com

About JVPRNY
JVPRNY is boutique PR firm helping clients from multiple sectors navigate through the ever-changing media landscape and ensuring that their messages resonate. The firm is led by PR veteran Janet Vasquez. Janet’s specialization in life sciences and healthcare came during her tenure with The Investor Relations Group, a boutique NYC-based investor relations/public relations firm where she spearheaded major campaigns in the areas of oncology, immunology, neurology, vaccines, medical devices, medical technology, national consumer health and wellness campaigns. Janet is also specialized in finance, real estate, technology, homeland security, and fashion. Janet graduated in 1993 from the Fashion Institute of Technology in New York City. Learn more at http://www.JVPRNY.com 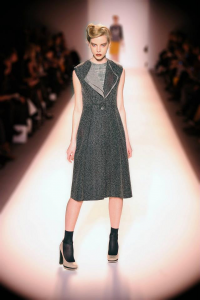 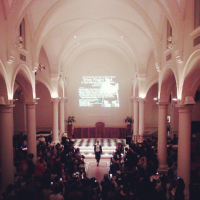