It's Halloween Season Again and Moon has a Wide Range of New Costumes for Adults, Children and Even Pets!

Los Angeles, CA -- (ReleaseWire) -- 09/16/2013 --Boo! Its Halloween season again and MoonCostumes.com has been preparing all year to present it's finest costumes to individuals all over the world. A huge selection of new costumes have just been made available to the public including costumes from the latest Hollywood blockbuster movies like The Avengers, Iron Man 3, Spiderman, The Hunger Games and More! By popular demand Moon added an Official Ted Costume from the hilarious comedy Ted.

One of the hottest sci-fi movies of the season was The Avengers, which resolves around a team of super heroes who come together to fight a common enemy. Moon has all of the Marvel Super Heroes covered in the new release, including the ever popular red-headed Natasha, aka the Black Widow. Natasha will be popular this year, he costume captures Natasha's beauty, brains and strength. Paint the town Red this year with her outfit which includes a flattering black jumpsuit, leg straps, two belts, wrist cuffs and a fiery red wig.

For the little ones, Moon has lots of modernized classic children's costumes for Disney & More. Costumes like Ariel from the Little Mermaid, Cinderella, and Snow White have all been added. Every girl deserves to be a princess once, so the top pick for this Halloween will be Ariel. The fantastic costume includes a dress with sparkly overlay, character cameo and can be completed with her very own wig. You can also find costumes for Ninja Turtles, Power Rangers, and kid sized versions of all the movie costumes mentioned above.

This is Moon's first Halloween Costume Release for the season, expect many more updates to come including decorations for Haunted Houses, Costumes for Pets, and the highly anticipated Cosplay Outfits.

About MoonCostumes.com
MoonCostumes.com is a family owned and operated business that has one of the largest selections of costumes online. In addition to having an easy to shop website, Moon has a convenient retail location in West Los Angeles, California. Be sure to check out them on Facebook, Pinterest or on their Blog for more Halloween Ideas and updates! 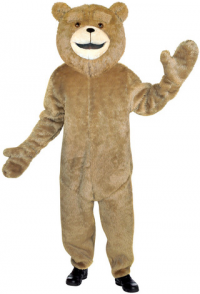