Verona, Italy -- (ReleaseWire) -- 07/13/2018 --Recognizing a flaw in the consumer recycling process, inventor Efrem Tommasi created a simple and low-cost yet powerful solution to improve upon the standard recycling bin: Daizyp. The problem is, a lot of recyclable waste isn't getting recycled, particularly all the plastic and paper cups that often get mixed in the waste bin with other trash. Efrem's eco-friendly innovation solves this problem by making it easier for people to toss used cups into Daizyp's designated space, which attaches to waste and recycling bins.

By making it easier and clearer where the cups are supposed to go, more people will dispose of their paper and plastic cup waste properly. Less trash will end up in landfills and consumers will be empowered to do more for the environment – without any extra effort on their part.

In fact, the brilliant appeal of Daizyp is the device's ease of use. Made from recycled plastic itself, anyone can attach Daizyp to the inside or outside of any standard bin with the simple hook system. At the office, in schools and community centers, parks and festivals, and at home – anywhere there's a waste bin, Daizyp can go to work, upgrading the recycling process with greater efficiency.

As used cups are tossed into Daizyp, they form a neat, compact stack, which will take up a fraction of the space a pile of cups would normally use up. This means, not only will Daizyp encourage more recycling and less garbage, it also makes the process more streamlined. Less bags are needed to collect recyclables. Less work is required to clean up plastic and paper waste – simply remove Daizyp's pin bottom and drop the cup stack into the proper bin or bag for recycling. There's also less mess because no one has to touch used cups or deal with the bad smell of old coffee and other liquids that splash and spill inside the waste bin.

In order to bring this product and all its possibilities for a greener earth to the world, Tommasi has launched a crowdfunding campaign on Kickstarter to raise funds and to inform more people about how easy making a big difference can be. Anyone who wants to experience Daizyp and to become a Daizypper can visit the Daizyp Kickstarter page to order a launch-edition orange Daizyp or to show support. Fun Daizypper T-shirts are also available through the campaign.

Once the first stretch goal is met, three more colors will be released, followed by an extra-large sized model and even more colors.

To be a part of Daizyp's smart recycling or to learn more, visit the Daizyp Kickstarter page. 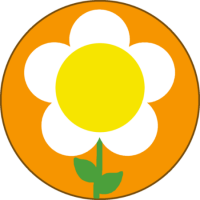